Posted by miguel on Sunday, 11 October 2015 in Fishing 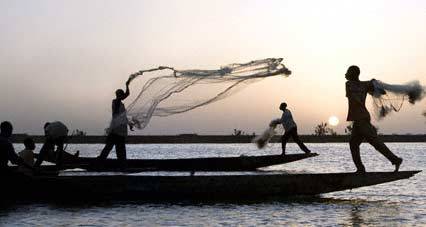 Opening the Our Ocean conference, host nation Chile declared a 243,630-square-mile sanctuary around Easter Island in the South Pacific off its eastern coast, marking the largest marine reserve in American waters.

According to the Pew Charitable Trusts, the designation will protect 27 endangered species and the people who fish there.

The sanctuary joins marine reserves declared by the United States, off the American Pacific Islands; Britain, off the Pitcairn Islands; and New Zealand off the Kermadecs, as areas protected from unregulated fishing.

President Barack Obama addressed the meeting, held in the Pacific port city of Valparaiso, in a video message to announce two new "National Marine Sanctuaries" in the United States, including a 875-square-mile area of Lake Michigan in Wisconsin that holds dozens of historic shipwrecks, as well as Mallows Bay on the Potomac River in Maryland, a tidal wetland and a graveyard for scuttled warships since the Revolutionary War, Discovery News reported.

The new area conserved by Chile, called the Nazca-Desventuradas Marine Park, makes up roughly eight percent of the ocean areas worldwide that have been declared off-limits to fishing and governed by no-take protections, says Russell Moffitt, a conservation analyst with the Marine Conservation Institute in an interview with National Geographic. The magazine hastened to add there is still "a long way to go" to meet the United Nations’ goal of protecting 10 percent of the world's oceans by 2020."And, in the coming months, I will look for even more opportunities to protect our waters," Obama said.

While the conference started with splashy conservation announcements, over the next few days several more countries and foundations are anticipated to put forward capital commitments and proposals to combat pollution, overfishing, and the acidification of the ocean from carbon emissions.

According to a 2014 study by the UN Food and Agriculture Organization, 29 percent of the world's fish stocks which have been adequately studied are overexploited, AFP reports. This statistic, which underscores the scourge of overfishing, may be addressed by a new plan proposed by the US.

Called Sea Scout, the plan will bring together governments worldwide to police protected oceans and prosecute those fleets that land illegal catches.

The US National Oceanographic and Atmospheric Administration (NOAA) will track suspicious fishing boats by satellite and alert authorities in Indonesia, the Philippines, and other countries.

The White House said in a statement it plans to negotiate with its Asian partners to try to include the seafood tracking system in the Trans-Pacific Partnership trade deal it is currently negotiating.

Officials traveling with US Secretary of State John Kerry to the Valparaiso conference said rules coming into place next year will track species representing 80 percent of US seafood, Phys.org reported.

The "traceability" initiative will target the most commonly exported fish species to the US such as tuna, cod, shrimp, and crab, slated to start in September 2016, pending approval from the US Senate, and additional participating nations. The plan would apply to all fish in the sea a year later, and is meant to make exporters accountable to sustainable catching practices.

"There is literally too much money chasing too much fish," Kerry told the conference. A third of the world's fish stocks are over-exploited, he said, calling overfishing a $10 billion-a-year industry.