Posted by wally on Monday, 12 October 2015 in Climate Change

Why We Need Science-Based Targets at COP21 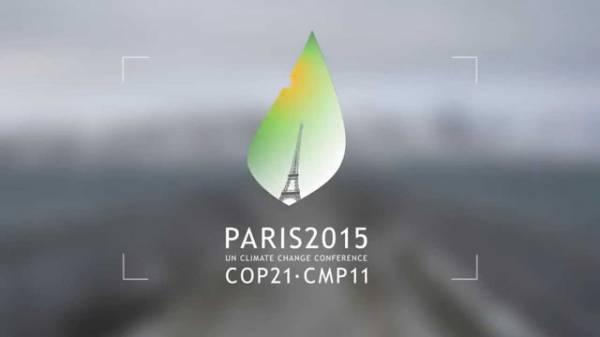 Many sustainable business pros favor the bottom-up approach because it allows companies to decide for themselves the most effective ways to act. Plus, such solutions don’t have that Big-Brother sense that mandated actions tend to have.

But the biggest problem with bottom-up approaches is: If everyone just does what they are comfortable with, it may not turn out to be enough.

That’s the situation we are in as we approach the upcoming climate talks in Paris. Previous agreements neglected the top-down approach that would effectively tell each country what would be expected of them in terms of emissions reductions. In advance of COP21, countries have come forward with voluntary targets, known as Intended Nationally Determined Contributions. But by and large, those targets have not been sufficiently aggressive to achieve the overall levels of reduction needed. We might need the strong hand of mandates.

That brings us to the question of science-based targets, a phrase that has been circulating in advance of the COP21 meeting. Science-based targets are those that correspond to the level of action that scientists agree is necessary to reduce emissions in the time remaining to avoid dangerous climate instability.

Roughly speaking, experts estimate that no more than about a trillion tons of CO2 can be put into the atmosphere, and that we have already emitted just over half of that (515 billion tons) since the Industrial Revolution. That would suggest that we have lots of time to ramp down, but we don’t because we emit so much more today than we ever have before. Instead, limited to only 485 billion tons, we need to eliminate carbon emissions entirely by 2100, and most of that has to occur before 2050.

Furthermore, estimates vary widely, with some suggesting that total limit should be closer to 250 billlion to 350 billion tons. For reference, global emissions in 2012 were around 29 billion tons. That means that at the current rate we could use up our allowance in 17 years, or if the more conservative estimates are correct, less than 10.

With that in mind, a number of companies are stepping up to the plate and committing to science-based targets, as reported by the Science-Based Targets initiative, a collaboration between CDP, the United Nations Global Compact, World Resources Institute and WWF. The group has put together a manual on how to go about setting science-based targets, a draft of which has been posted on the Web and is available for public comment. The 69-page document lays out a detailed rubric for calculating and reporting the targets, including a section on recommended reduction strategies, and even a section on financing reduction measures.

Some companies have already committed to science-based targets, including Coca-Cola, Procter and Gamble, and General Mills. Each has set a different reduction goal for 2025, ranging from 28 to 50 percent, depending on their current emission levels. These companies, along with NRG Energy, Autodesk and Siemens, have come out publicly to explain why “setting science-based targets today is expected to give companies a competitive advantage in the low-carbon economy of tomorrow.”

Any agreement in Paris will take place between the 195 governments that will be sending representatives, but companies do have a key role to play. After all, they are directly and indirectly responsible for a great deal of emissions. Says Emma Stewart, head of sustainability solutions at Autodesk: “Business will have to play a big part in delivering the emissions cuts that countries pledge to make at the U.N. Climate Change talks in Paris at the end of this year. By setting out our plans early, we can signal to political leaders that we take our responsibilities seriously.”

More than 80 percent of the world’s 500 largest companies have, in fact, set emissions reduction targets. Unfortunately, most of them are not aggressive enough.

The science may be clear, but the solution it provides means a lot of hard work and a change from the status quo. That means scientists have become very adept at talking economics.

Novozymes CEO Peter Holk Nielsen recently told me: “When [scientists] are allowed to contribute, we actually make things happen, and people usually listen. The tricky thing is when you talk to people who have no clue what the science is. What we have found there, at least up until fairly recently, was that it would be much more effective to talk about job creation than to talk about the science of climate change.”

That is to say, scientists have had to turn away from science to get the job done. But that doesn’t change the fact that science provides clear answers.

Mind the Science studied 70 energy-intensive companies that are jointly responsible for 9 percent of the world’s emissions. Of these, only 28 (40 percent) have set aggressive, long-term goals. The others have set either short-term goals, inadequate goals or no goals at all. That last group includes 22 companies, representing 3.3 percent of all global emissions.

These very companies are in a position to do a great deal to move the needle down to where it needs to be. They may also be among those with the most at stake financially. Of course, the question of today’s dollars versus tomorrow’s lives will be very much in play at the Paris summit. According to Rachel Cleetus, lead economist and climate policy manager at the Union of Concerned Scientists, who spoke with TriplePundit by phone:

“It’s important not to see Paris as a single moment in time. This is going to be the moment when we lock in a very strong framework that we have to keep improving on. The opportunity in Paris is to cement the kind of agreement that’s going to push all countries to do more — not just in terms of their reduction targets, but also in terms of how we’re going to respond to the needs of countries that are already facing the impacts of climate change.”

Cleetus likens it to the policy process we saw here in the U.S. with the Clean Air Act. “When it first came out, it was a strong framework, but we had to go back and improve upon it. That’s how things get done in the real world. You have a very strong framework and you build on it over time with the commitment of all the stakeholders, which in this case is all of the countries in the UNFCCC process.

“Even now, the Clean Air Act is under attack. So, the point is that you have to get a strong framework, then every day you have to fight for it.”

As Christiana Figueres, the U.N. climate chief, recently noted: “Everybody has the obligation now to find out where they are going to be 50 years from now … We have run out of time to be asking the other person to come forward first.”

That means it’s time for countries and companies alike to commit to the science-based targets we need to limit the worst impacts of climate change.