Posted by jonehopp on Friday, 23 October 2015 in Clean Water

Will Crowdfunding for US Largest Desalination Work? 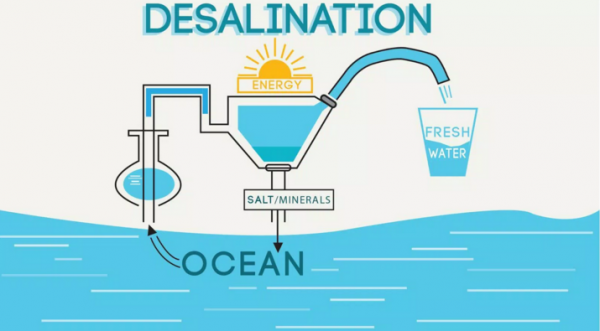 A California company is trying to crowdfund $10m to part-fund the building of the US' largest solar desalination project.

California-based WaterFX announced that it would be financing a third of the project using Californian Direct Public Offering (DPO) shares in an attempt to create the largest solar desalination plant in the US.

WaterFX chairman and member of the board of HydroRevolutionSM, Aaron Mandell said: “We can shape the future when it comes to water and this public offering allows professional investors, as well as individuals, to directly participate in delivering a sustainable source of water in California. Being a part of this water revolution will provide more than just a financial return, it will put California on a course towards water independence.”

The new solar-powered desalination plant will likely reach the construction phase early next year in Fresno County and will make enough water to be used across 2,000 acres of cropland a year, or to run through 10,000 homes.

WaterFX's design will run fully on solar power, helping minimise the plant's carbon footprint. The plant removes the salt from the water and turns it into usable products, unlike traditional desalination, which dumps salt and brine back into the sea, which can hurt ecosystems.

The plant could also make it possible for farmers in the Central Valley - the most productive farming region in the world - to use local water instead of relying on aqueducts pumping water from hundreds of miles away saving on transportation costs and emissions as a result.

Mandell added: "There are other examples around the world where a concerted effort and investment in desalination technology has actually led to a surplus of water. If you look at Israel, they’re actually exporting water now. And Israel is just as water scarce, if not more, than California."

California remains in the claws of the longest drought in the state's history, placing unprecedented strain on its water supplies. Millions of people have been affected bymandatory cuts which cost the state an estimated $2.2bn in 2014 alone, as well as the loss of 17,000 part-time and seasonal jobs for fruit-pickers and farm hands.

California Governor Jerry Brown ordered business and residents to cut water use by 25%, so the creation of a renewable-powered desalination plant in the heart of the draught could ease financial burdens on the area.