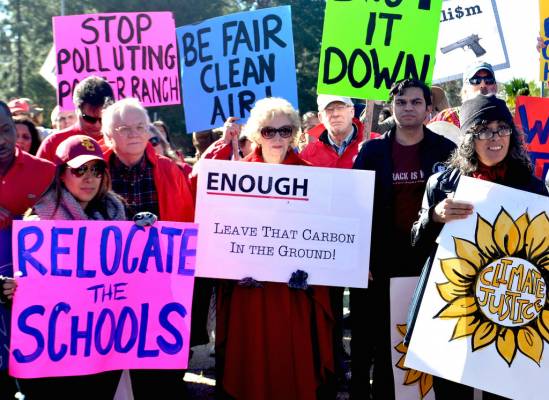 Hundreds have been forced to evacuate 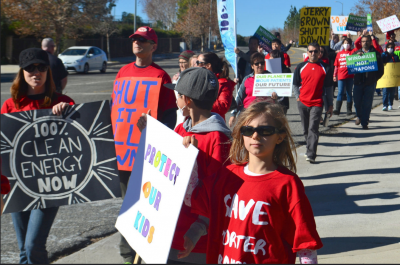 Shapiro, 43, moved her family 15 miles away in early December and said her son’s health quickly improved.When Robyn Shapiro’s 18-month-old son started suffering from nosebleeds last fall, she knew it was time to leave her home in Porter Ranch, the Los Angeles neighborhood where thousands of residents say they have been sickened by a massive natural gas leak.

“We’re out of that air, and all of a sudden my son’s not having respiratory problems,” she said.

Shapiro and her family are among the more than 1,600 people who have left Porter Ranch since the Southern California Gas Co. discovered the leak at its Aliso Canyon gas storage facility on Oct. 23. Many of those who moved said they had experienced health problems related to the odorant used in the gas, and they also fear the long-term health and environmental impact of a leak that has already lasted for months.

The leak, in the casing of one of the facility’s wells hundreds of feet below ground, is releasing methane at a rate of 30,300 kilograms per hour, according to measurements by the California Air Resources Board collected most recently on Dec. 22. California Gov. Jerry Brown declared the situation an emergency last week, about a month after the FAA created a no-fly zone over the area.

Southern California Gas Co. President and CEO Dennis Arriola has said the company is working to quickly stop the leak, though the process could take three to four months because the site is difficult to access. In the meantime, the company is providing temporary housing to those who want to relocate.

“Our focus remains on quickly and safely stopping the leak and minimizing the impact to our neighbors in Porter Ranch. SoCalGas reaffirms our prior commitment to mitigate the environmental impact of the actual amount of natural gas released from the leak,” Arriola said.

Many residents, though, say more needs to be done—and soon.

“I actually want them to shut the facility down completely. It is hazardous to the community,” said Gabriel Khanlian, a married father of three who has lived in the Porter Ranch neighborhood for almost 15 years. “My suggestion is turning the whole field into solar panels or wind mills.”

Khanlian, 38, said he is currently living between a temporary house and his Porter Ranch home, where he still works and where his family’s belongings remain. He said his 6- and 8-year-old sons were suffering from headaches and nausea. His 2-year-old daughter developed rashes on her body.

“It was time to get her away from the area just to see if it’s going to fix or help the situation,” he said.

Exposure to methane and natural gas can cause headaches, dizziness, weakness, nausea and vomiting, according to the U.S. National Library of Medicine. Methane, the second most prevalent greenhouse gas in the U.S., is also a significant contributor to global warming; it stays in the atmosphere for less time than carbon dioxide, but traps radiation more effectively.

Southern California Gas Co. has said the leak poses no imminent threat to the public.

Matthew Pakucko, who has lived in Porter Ranch for eight years, said the smell of the gas is often unavoidable because wind blows it into his house through a chimney he hasn’t yet permanently sealed.

Pakucko and his girlfriend have temporarily moved into a hotel about 30 minutes away, but as a music producer who works in his home studio, he still spends days in his Porter Ranch house. He said renting or building a new studio would be unaffordable, but he worries about his workplace.

“With all this stuff in the air, even when it’s calm, I’m worried, ‘Should I even be breathing this stuff?'” he said. “Am I sitting here giving myself cancer 20 years down the road or something? But what are my choices? Out of business is my other choice.”

Residents estimate they might be able to move back into their homes in late February or March, but some said they don’t want to stay in the neighborhood even once the leak has been fixed.

“We want to leave,” Shapiro said, but she’s worried about her property’s resale value.