Posted by jonehopp on Sunday, 21 February 2016 in Air Quality 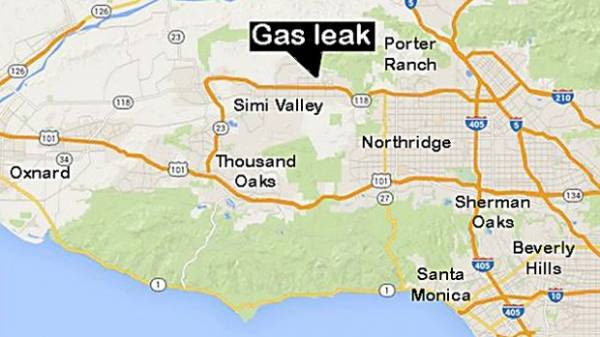 A gas well leak near suburban Porter Ranch was permanently capped Thursday, ending a major calamity that began last October, displaced thousands of residents, and led to a state of emergency by the governor.

The well at the Aliso Canyon storage facility of Southern California Gas is now taken out of service, the utility said.

"While the leak has been stopped and the well permanently sealed, we have much work to do, partnering with state and local agencies to help the local community and impacted residents return to normal," Dennis V. Arriola, chairman, president and CEO of SoCalGas, said in a statement.

The utility will now try to determine the cause of the leak, Arriola said.

"We recognize the disruption the gas leak has caused to the residents of Porter Ranch and surrounding communities. We are committed to earning back their trust and confidence over time through our actions, not our words," Arriola said.

The well is no longer releasing any gas or odorant, and "residents should no longer experience short term health symptoms related to the release of odorants from the gas well," the utility said.

The announcement came a day after lawyers for SoCalGas entered pleas of not guilty to four misdemeanor charges related to the discharge.

Prosecutors allege the gas company didn't notify authorities immediately after it learned of the leak. If convicted, SoCal Gas could be fined up to $25,000 a day for each day it failed to notify state authorities about the leak.

After the arraignment, SoCalGas spokesman Mike Mizrahi said: "When we discovered the leak, we made prompt notification to multiple agencies. ... We do not believe a criminal prosecution is warranted here."

SoCalGas reported the leak from its Aliso Canyon storage well on October 26. Prosecutors said in a criminal complaint that the leak began "on or about" October 23.

The flow of natural gas leaking from the well at the facility near Los Angeles was stopped late last week.

In January, California Gov. Jerry Brown declared a state of emergency in the area.

Since the leak was discovered, the California Air Resources Board sent up planes multiple times to measure the amount of natural gas gushing out.

In December, activists from the Environmental Defense Fund were using thermal photography and video to make the gas plume visible.