Posted by sarahanson on Tuesday, 01 March 2016 in Arts and Entertainment 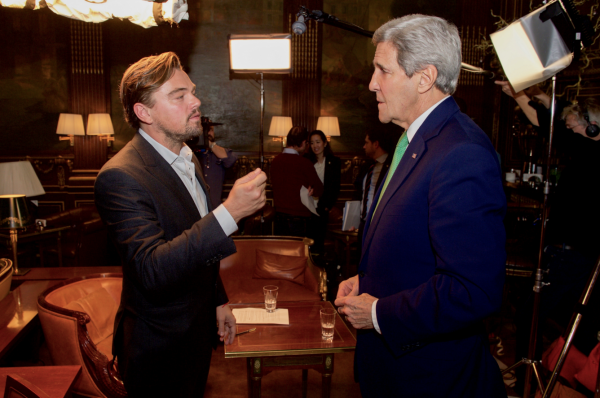 DiCaprio won the Best Actor Academy Award for his role in The Revenant and said: “Making ‘The Revenant’ was about the relationship between man and nature… Climate change is real. It’s happening right now.”

The actor, who set up the Leonardo DiCaprio foundation in 1998 to support conservation and protection of natural resources, said that global warming is “the most urgent threat affecting our entire species.”

The star of films including Titanic, Wolf of Wall Street and The Aviator said: “We need to support leaders around the world … who speak for all of humanity, and not those focused on greed.”

"And lastly I just want to say this: Making The Revenant was about man's relationship to the natural world. A world that we collectively felt in 2015 as the hottest year in recorded history. Our production needed to move to the southern tip of this planet just to be able to find snow. Climate change is real, it is happening right now. It is the most urgent threat facing our entire species, and we need to work collectively together and stop procrastinating. We need to support leaders around the world who do not speak for the big polluters, but who speak for all of humanity, for the indigenous people of the world, for the billions and billions of underprivileged people out there who would be most affected by this. For our children’s children, and for those people out there whose voices have been drowned out by the politics of greed. I thank you all for this amazing award tonight. Let us not take this planet for granted. I do not take tonight for granted. Thank you so very much."