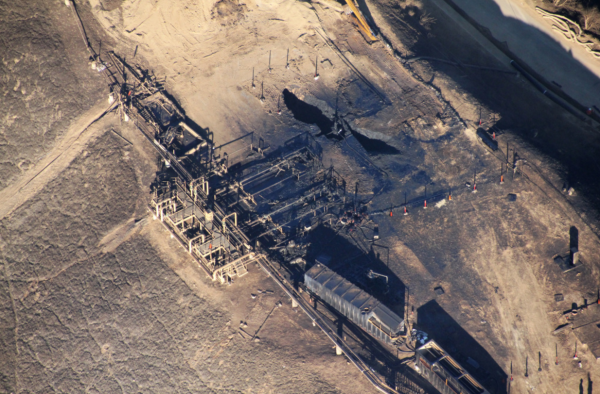 The oil company responsible for the second leak has been fined $75,000 by state oil regulators. The Division of Oil, Gas and Geothermal called the methane leak brazen and intentional violations of state law.

Workers for The Termo Company had snaked a 2.5-inch pipe away from oil pumping equipment to hide its opening under a tree some distance away. The pipe was used to vent natural gas that was produced along with oil.

In a written statement, state Oil & Gas Supervisor Ken Harris said, "Someone clearly made an effort to conceal the pipe, because even though we knew from aerial readings where it was generally, our field staff had to search carefully before finding it behind a tree."

The venting has since been stopped.

Termo owns and operates oil wells on the grounds of Southern California Gas Company's 3,600-acre Aliso Canyon Natural Gas Storage Facility just north of Porter Ranch, and it has a request pending to add a dozen more. That gas field was the site of a massive leak of natural gas from a ruptured gas well from late October through mid-Feburary.

An airplane pilot operating an infrared camera to record methane levels on the leak from a ruptured gas well noticed the second leak on Jan. 23. The flight was a joint effort of NASA's Jet Propulsion Laboratory and the South Coast Air Quality Management District.

Normally, Termo would have sent the gas to SoCal Gas to inject into the underground storage reservoir. But during the leak, SoCal Gas was barred from injecting more natural gas into the field. The idea was to lower the pressure in the field and the amount of gas escaping from the ruptured well by lowering the volume of gas.

Termo representatives did not return a request for comment.