THE troubled coastline of Jimmys Beach 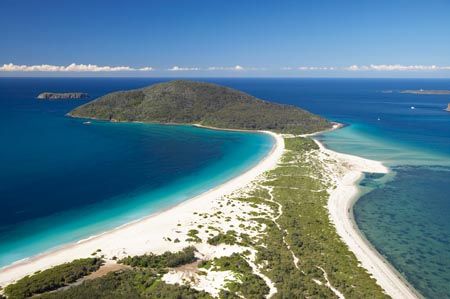 THE troubled coastline of Jimmys Beach has again been swallowed by king tides and massive swells."We had swell over seven metres on a two metre plus tide which was not pretty," Great Lakes Council's manager of parks and recreation David Bortfeld said.

Mr Bortfeld said during the worst patch of wild weather last week the beach had eroded within a metre and a half to two metres off the roadway at Winda Woppa.

7000 cubic metres of sand is expected to be moved from the newly replenished 23,00 cubic-metre emergency stockpile at Deadmans by the end of this week. More than 500 truckloads of sand have been dumped at Jimmys beach since Monday last week. Jimmys Beach has been experiencing erosion problems since the 1960s and it is estimated up to 100 metres of shoreline has been lost from the beach since then. Mr Bortfeld said the council expected studies on the best permanent solution for the erosion to be finalised by about August this year.

The studies being undertaken are looking at multiple options from the feasibility of moving sand from the eastern channel to land infrastructure and sea walls. A state government taskforce is also in the process of discussing the possibility of dredging the Myall Rivers choked natural entrance and installing a sand shifter to pump that sand back to Jimmy's beach. And in turn provide a dual solution to these two problems. Cr Roberts said he believed bureaucrats were "too bogged down in petty academic arguments between departments".

"Stop the penny pinching, the requests for more studies and, just get on and do what we all know must be done"

Cr Roberts agrees with the solution that the task force is in the process of discussing.

"We cannot tolerate the huge financial impost any longer let alone the destruction of our unique coastal environment and people's livelihood," he said.