Posted by voice on Wednesday, 08 June 2016 in Climate Change 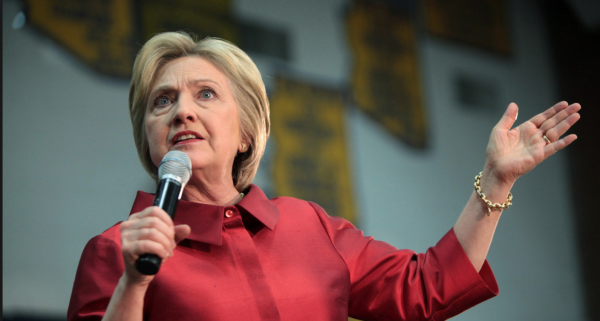 The front-runner for the Democratic presidential nomination would want to work with Congress on climate action, Podesta said. But she’d probably focus on smaller legislative actions and employ executive powers, given Republican opposition to many global warming measures.

They also achieve carbon emissions cuts “in the real world right away,” he added.

Podesta spoke during a daylong conference at Stanford University in California on “Setting the Climate Agenda for the Next U.S. President.” Others at the event included the Obama administration’s former Department of Energy secretary, Steven Chu, and James Connaughton, who chaired the Council on Environmental Quality for President George W. Bush.

Trump has said he would abolish U.S. EPA, that he would revoke all of President Obama’s executive actions and “that he reserves the right to change his mind,” said Bruce Cain, political science professor at Stanford.

“I’m not sure how you would organize for President Trump” on the climate issue, Cain said.

But Cain cautioned against too much Democratic optimism.

“While the odds are very high that Clinton will win the election, I will say as a political scientist it’s not going to be as easy as it seems,” Cain said.

Former U.S. Secretary of State George Shultz, who worked in the Reagan administration, early in the day during the event called for a price on carbon.

“I have long advocated a revenue-neutral carbon tax,” Shultz said. “It’s just there to level the playing field. Because you want sources of energy to compete equally and to bear the costs of what they produce.”

Podesta said he respects Shultz but that “it’s just not that simple.”

Even if Democrats win the White House, and potentially gain control of the Senate, they’re unlikely to take over leadership in the House. Given that, Podesta said, agreement on major climate action is improbable.

“If lightning strikes, and there’s the possibility of maybe forging an agreement with Congress, I’d certainly try and take it,” Podesta said. “But I would think I would concentrate on the Hill with more what can we get done, where we can find some common ground, on the investment side, on the clean energy side, etc., and not go for a grand attack on an economywide program.”

Another area where the next president could work with Congress to combat climate change is eliminating fossil fuel subsidies, Podesta said. He didn’t specify which ones, but said that “you have to be as ambitious as you can to make that possible. To do that, you have to be able to persuade Congress that it’s in their interest to play ball.”

Podesta formerly advised the Obama administration on climate and environmental issues. He said Clinton also would look at executive actions.

“The experience of the Obama administration shows that a successful climate agenda requires a senior, serious point person in the White House to drive the agencies to do all that they can,” Podesta said.