Posted by kenk on Monday, 26 September 2016 in Climate Change 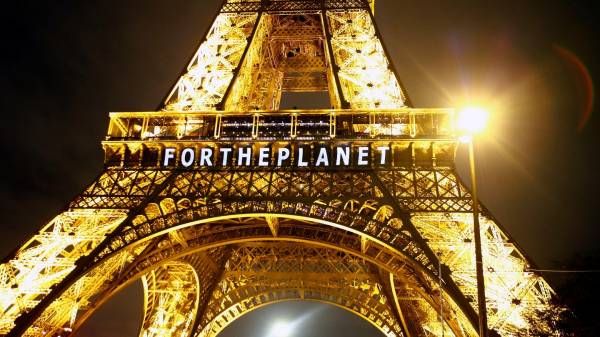 Earlier this month, the United States ratified the Paris climate accord. But new research shows that the US will likely fall short of the environmental pledges made in that agreement, unless new measures to cut greenhouse gases are passed. That’s bleak news ahead of a presidential election that could completely change the US’s commitments to fight climate change.

The Paris climate deal was reached at the end of last year, when nearly 200 nations agreed to cut fossil fuel emissions in an effort to combat climate change. The accord, which will go into effect later this year, aims to keep global temperature increases "well below" 2 degrees Celsius. Under the agreement, the Obama administration pledged to reduce US emissions by 26–28 percent of 2005 levels by 2025.

To achieve that goal, the administration plans to use a mix of existing and proposed climate change policies that address the footprint of several sectors — including how much fuel heavy-duty vehicles consume, how much methane is produced by landfills and coal mines, and how much carbon is emitted by power plants. Previous studies have already examined US plans — and all concluded that it’ll be challenging to meet the 2025 pledges. Today’s study, published in the journal Nature Climate Change, uses the latest available data to show that the US needs additional climate change measures.

And rising to meet those goals has international importance, says Jeffery Greenblatt, a climate researcher at the Lawrence Berkeley National Laboratory and the co-author of the study. "If the United States is successful it’s very likely that a number of other countries will follow suit and re-strengthen their own commitments," says Greenblatt. "It’s a kind of a self-reinforcing process when large nations are able to take a bold stand and follow through." Unfortunately, between the historical political climate and the upcoming election, bold action may be difficult for the US to accomplish.

Last February, the Supreme Court halted implementation of the Clean Power Plan, the Environmental Protection Agency’s most ambitious effort to cut greenhouse gases. That means that even if the regulation is eventually upheld, its implementation will be slowed down so much that it’ll be impossible to meet the 2025 targets, says David Bookbinder, a partner at Element VI Consulting who’s testified before Congress on the US’s commitment to the Paris climate accord and who was not involved in the study. "The problem is we built our economy on fossil fuels, there’s no way around it," Bookbinder says. "What we need to do is simply change how our economy works. And that’s not something that’s easy to do in any shape and form."

Bookbinder says the Obama administration entered the Paris agreement without a clear plan on how to meet its pledges for 2025. With Congress unwilling to act on climate change, the EPA’s authority just isn’t enough, Bookbinder says. The administration "made the US commitment knowing full well that there’s no way the United States is going to meet that commitment," he says.

But some disagree with that view, and say that officials at the Paris climate accord asked countries to come up with ambitious plans to show that they’re willing to act. "It’s not that [the Obama administration] picked this target out of thin air. I know they did a ton of analysis," says Maria Belenky, a senior associate at Climate Advisers, who analyzed the US’s commitment to the Paris accord and was not involved in the study. "If they had put in place a target that was doable with the existing policies, it just wouldn’t be ambitious."

But the biggest risk to the accord may be a single man. Republican candidate Donald Trump, who has said that there’s no evidence humans are responsible for climate change, said he would "cancel" the Paris accord. (If the climate deal goes into effect before the presidential inauguration, however, it would still have some legal force for four years.) But Trump could still reverseseveral executive orders issued by Obama on climate change, or dramatically cut funding to the EPA. If Democratic candidate Hillary Clinton is elected president, it’ll fall on to her to pass additional policies and regulations to cut greenhouse gasses and make sure the US reaches its Paris targets — with or without the support of Congress.