Posted by Wolf on Tuesday, 25 October 2016 in Wildlife Conservation 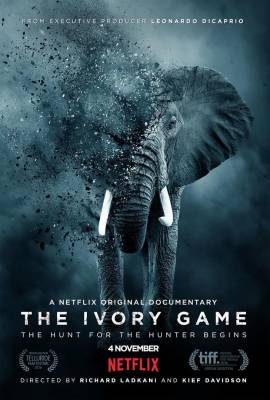 Leonardo DiCaprio may have – finally - bagged an Oscar this year for his performance in survival film The Revenant, but his next role everyone's talking about right now is behindthe camera.

If you’re one of Leo’s dedicated 11 million Instagram followers, you’ll be well aware of his involvement in climate change and environmental issues. In fact, in the late ‘90s The Wolf of Wall Street star founded 'The Leonardo DiCaprio Foundation' – which aims to support projects that protect vulnerable wildlife from extinction.

So it makes sense the 41-year old A-list actor and activist is now on a mission to expose ivory trafficking - with a shocking new documentary he has executive produced.

Landing on Netflix November 4th, The Ivory Game sees acclaimed directors Richard Ladkani and Kief Davidson film undercover for 16 months - with a team of intelligence operatives, rangers and conservationists to unearth how African elephants are becoming dangerously close to extinction, as poachers continue in their quest for ‘white gold’.

You thought Blood Diamond was intense? Check out the first trailer for The Ivory Game...

‘Africa’s got 700 tons of ivory It’s been moved across continents. Being sold under the table. It’s fuelling international crime. Traders in ivory actually want extinction of elephants – the more expensive they are. The more the price rises – and it’s a race against time...’