Posted by Wolf on Thursday, 03 November 2016 in Environmental Heroes 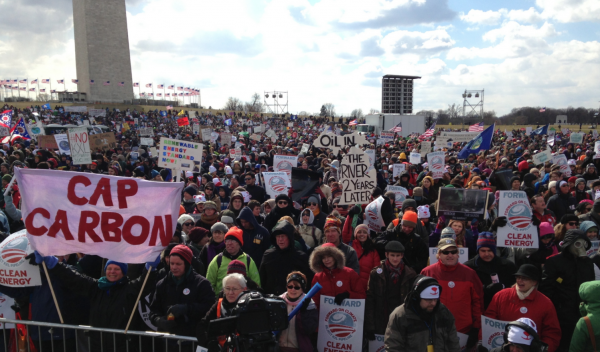 Protesters have clashed with police near the mouth of North Dakota's Cannonball River over plans for an oil pipeline. Officials have said the demonstrators were trying to reach property owned by the pipeline developer.

Officers in riot gear used pepper spray and tear gas on dozens of people as they waded through waist-deep water in an attempt to reach the developer's property, officials said.

Eyewitnesses said the demonstrators attempted to build a wooden footbridge across the Cantapeta Creek, which runs into the Missouri River, to gain access to the pipeline site.

Medics treated some demonstrators for hypothermia and others for the side-effects of pepper spray and tear gas.

The plans for a 1,931-kilometer (1,200-mile) oil pipeline, which will run through five US states, have led to widespread hostility from environmental activists and Native Americans.

Protesters have staged several demonstrations close to the site of the $3.8 billion (3.42 billion euro) pipeline in recent weeks, and hundreds of people have been arrested amid attempts to clear the area.

Wednesday's new standoff came hours after US President Barack Obama said engineers for the US Army were examining whether the controversial pipeline, which will bring shale oil to refineries on the US Gulf Coast, could be rerouted.

"My view is that there is a way for us to accommodate sacred lands of Native Americans. I think that right now the Army Corps is examining whether there are ways to reroute this pipeline," Obama said in the video interview for the news site "Now This."

The Standing Rock Sioux tribe has said the pipeline is a threat to drinking water and that construction could disturb sacred sites.

On Wednesday, the company planning the pipeline denied there were any plans to reroute the pipe through a different location in North Dakota.

Energy Transfer Partners said it was confident it will receive the necessary permission to finish the pipeline where the company first intended.

Construction work on part of the pipeline close to the Missouri River was halted in September due to the protests but other work is still proceeding, the company has said.