Posted by planetmedia on Friday, 11 November 2016 in Climate Change

Our Climate's Moment of Truth 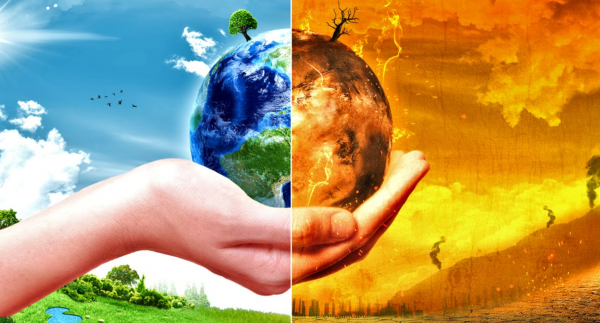 Although our electorate has succumbed to Donald Trump's siren song about immigrants threatening America, we cannot afford to give in to despair. The real existential threat continues to loom. We need to wean the economy off fossil fuel immediately, and this cannot happen without the commitment of America's citizens.

As helpless as many of us may feel today, we retain immense power within our markets and our communities, power that affects millions across the globe. The election of a demagogue lacking in basic qualifications doesn't shift the imperative to use this power. If anything we need to redouble our efforts. We do not have the luxury of four years to mourn. If you are grieving, shocked or ashamed today, channel that emotion into action.

Trump, despite his bald claims during the debates, has repeatedly called climate change a hoax – variously attributing it to the Chinese, to President Barack Obama and to "hoaxsters." We have elected a regime of climate change deniers, and make no mistake, this will have an extraordinary impact. As Eban Goodstein, director of the Bard MBA in sustainability, emphasized in an email today: "America, and the world we touch, has crossed overnight from a state of economic and political stability into a highly uncertain future. It is clear that much of the policy direction in support of sustainability that Washington has provided the past eight years will be reversed."

Energy prices have been volatile since the election, as markets anticipate a Trump evisceration of conservation policy. Even under Obama, the Republican-controlled congress voted to block pledges to cut fossil fuel. Now, at a time when we can afford to take no more out of the ground, Trump has pledged to open federal lands (and offshore areas) to drilling. That's tantamount to repeating Kodak's decision to double down on film in the era of the digital camera, except the ghost town we leave behind will be the entire planet.

That is, if we fail to act.