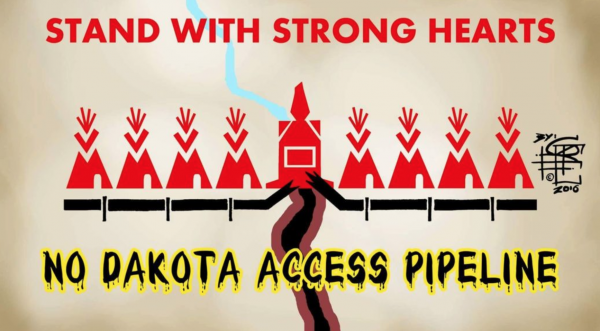 Activists around the world are taking to the streets on Tuesday to rally against the Dakota Access oil pipeline and stand in solidarity with the people protesting it in North Dakota.

The November 15 #NoDAPLDayOfAction marks one of the largest coordinated efforts against the pipeline since construction began, with actions in 300 different locations across the globe. The goal, explains the website coordinating these loosely affiliated protests, is to “disrupt ‘business-as-usual’ one week after the election to demand that President Obama’s Army Corps of Engineers and the incoming administration stop the Dakota Access Pipeline.”

GOOD MORNING. It's today. 300+ rallies & actions in all 50 states & the globe #StandWithStandingRock #noDAPL. LOVE FOR THE WATER & EACHOTHER

To that end, many of the protests have been directly aimed at local Army Corps of Engineer offices. They come just one day after the Corps announced that it needed more time to consider a request from the pipeline’s owners for permission to continue construction under a portion of the Missouri river.

Opponents of the pipeline have protested its construction for months, arguing that it puts the environment at risk—particularly as it runs alongside water reserves for the Standing Rock reservation in North Dakota.

In San Francisco, protesters hit the streets with signs urging a halt to pipeline construction, and proclaiming that “water is life.”

On #NoDAPLDayOfAction, demonstrators hit the streets of San Francisco in solidarity with Standing Rock Sioux: pic.twitter.com/9tXggIEjE6

"Pipelines break like your promise to Natives."#WaterIsLifeactivists in San Francisco take part in the #NoDAPLDayOfAction: pic.twitter.com/fICy4sKrXT 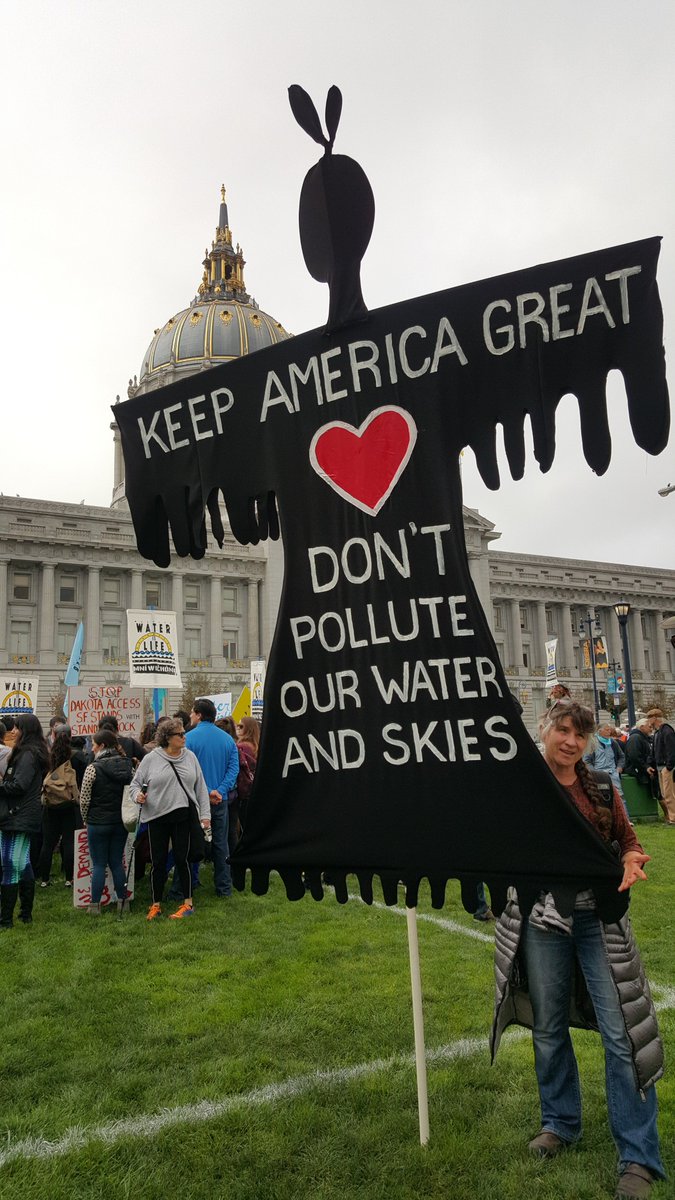 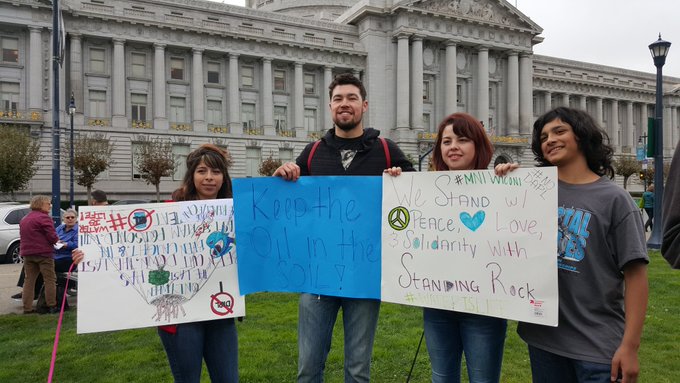 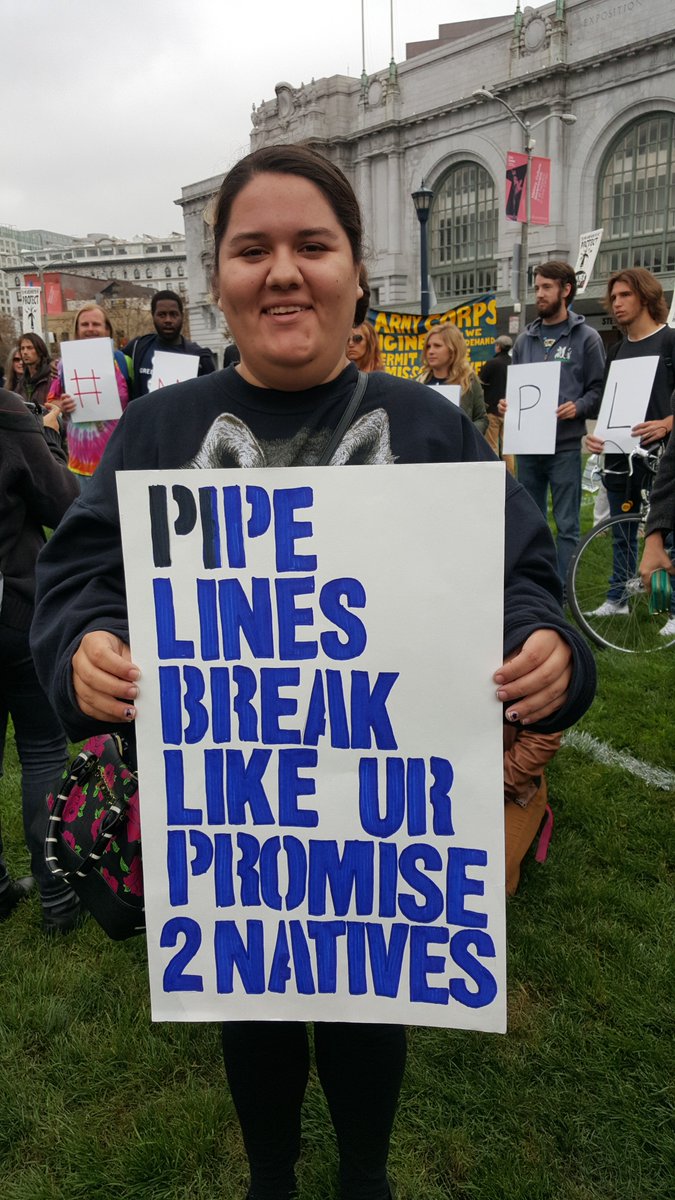 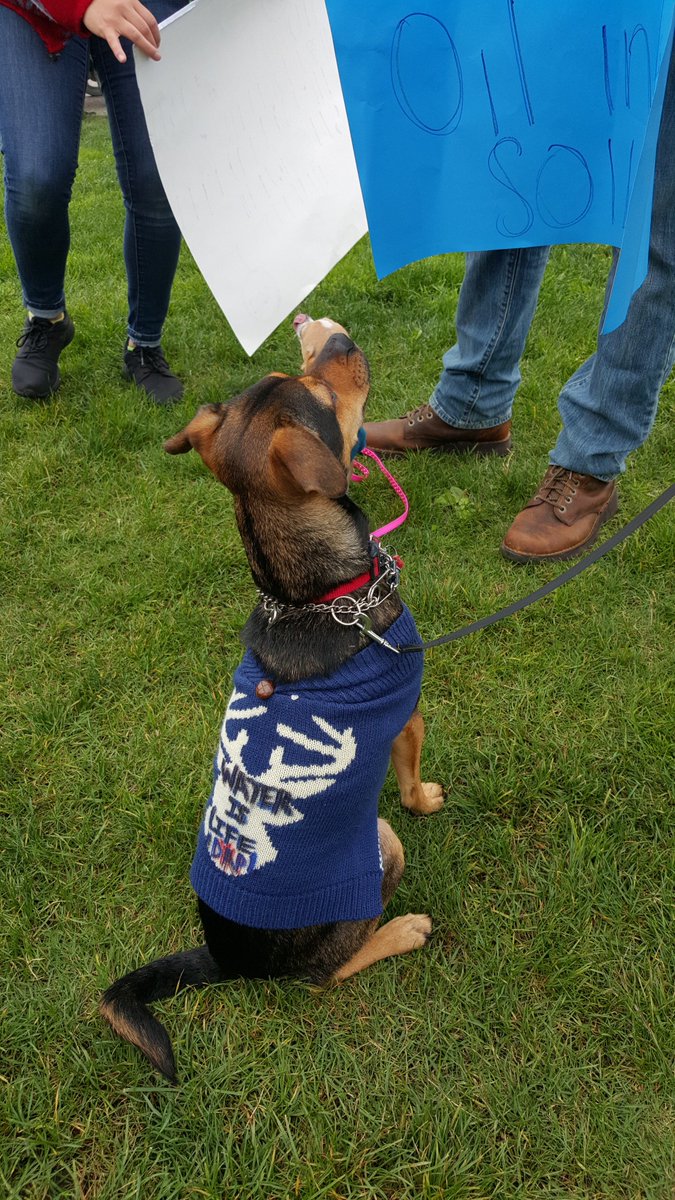 This morning San Francisco stood silently in front of city hall to honor the #NoDAPLDayOfAction: pic.twitter.com/ffhRWDiuxA

On #NoDAPLDayOfAction, demonstrators hit the streets of San Francisco in solidarity with Standing Rock Sioux: pic.twitter.com/9tXggIEjE6 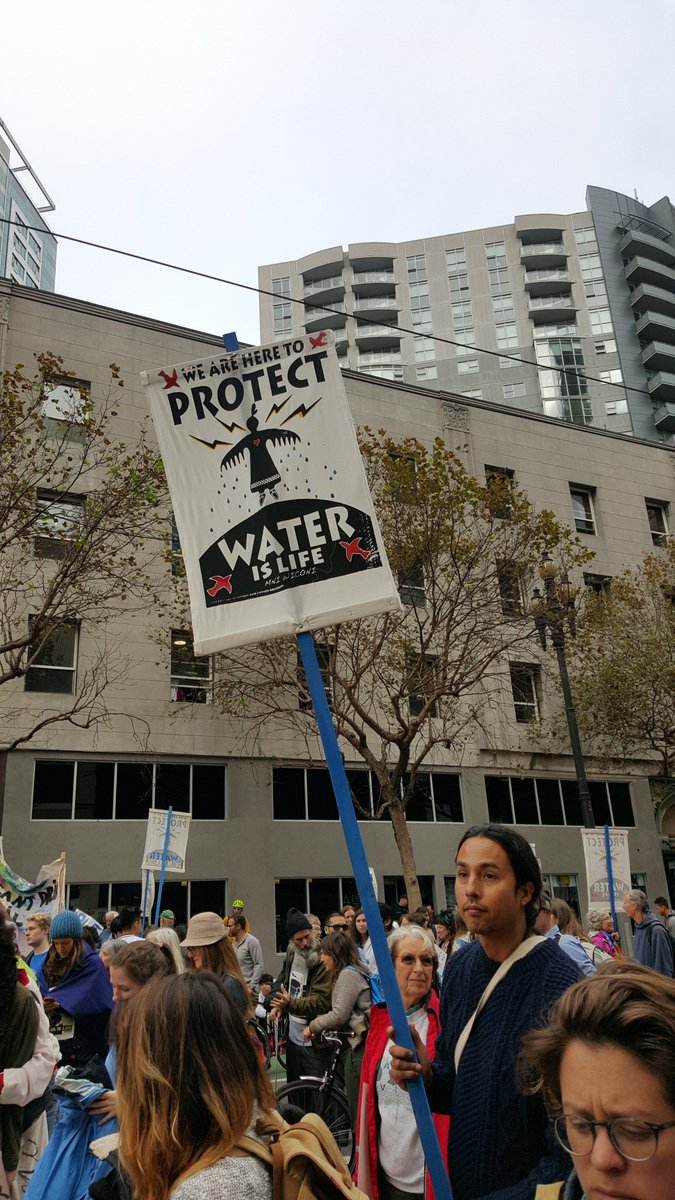 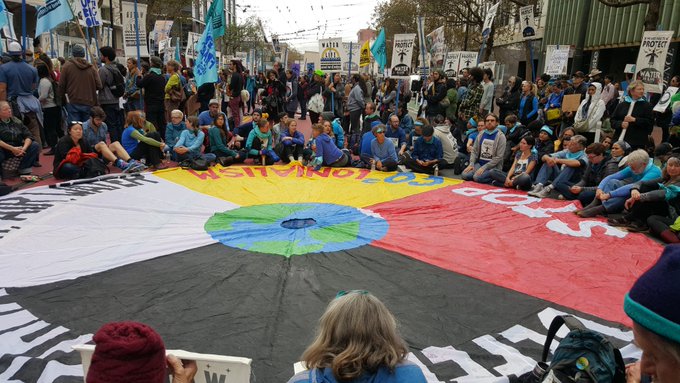 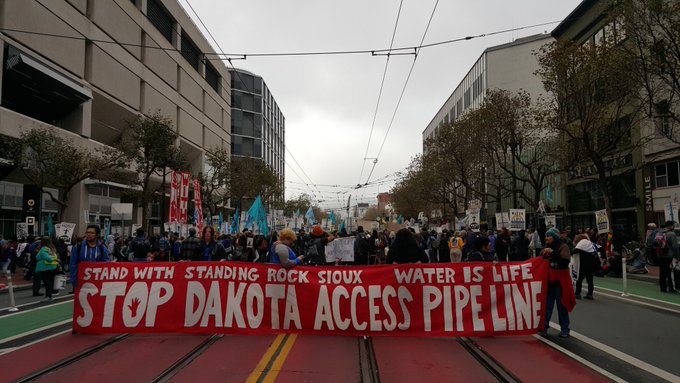 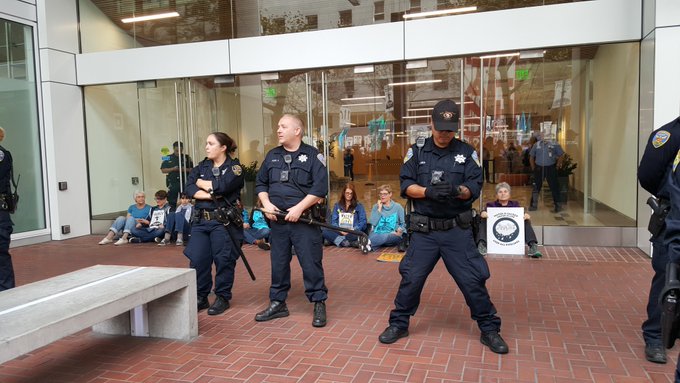 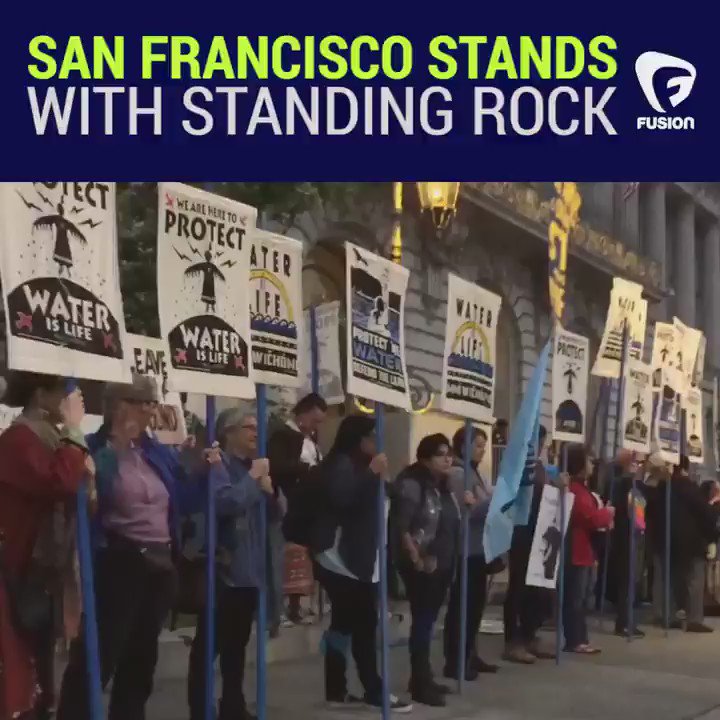 This morning San Francisco stood silently in front of city hall to honor the #NoDAPLDayOfAction: 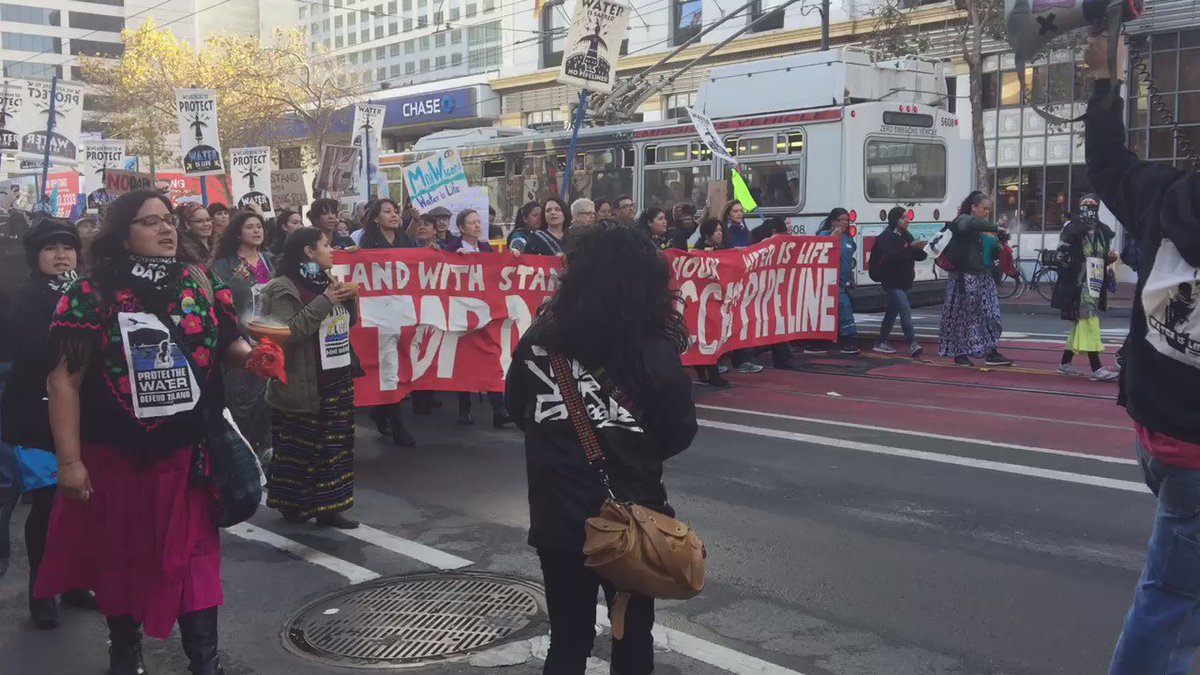 At the #NoDAPLDayofAction in SF, chanting, "This is what it prophecies look like!"

They were joined by protests in the Twin Cities: 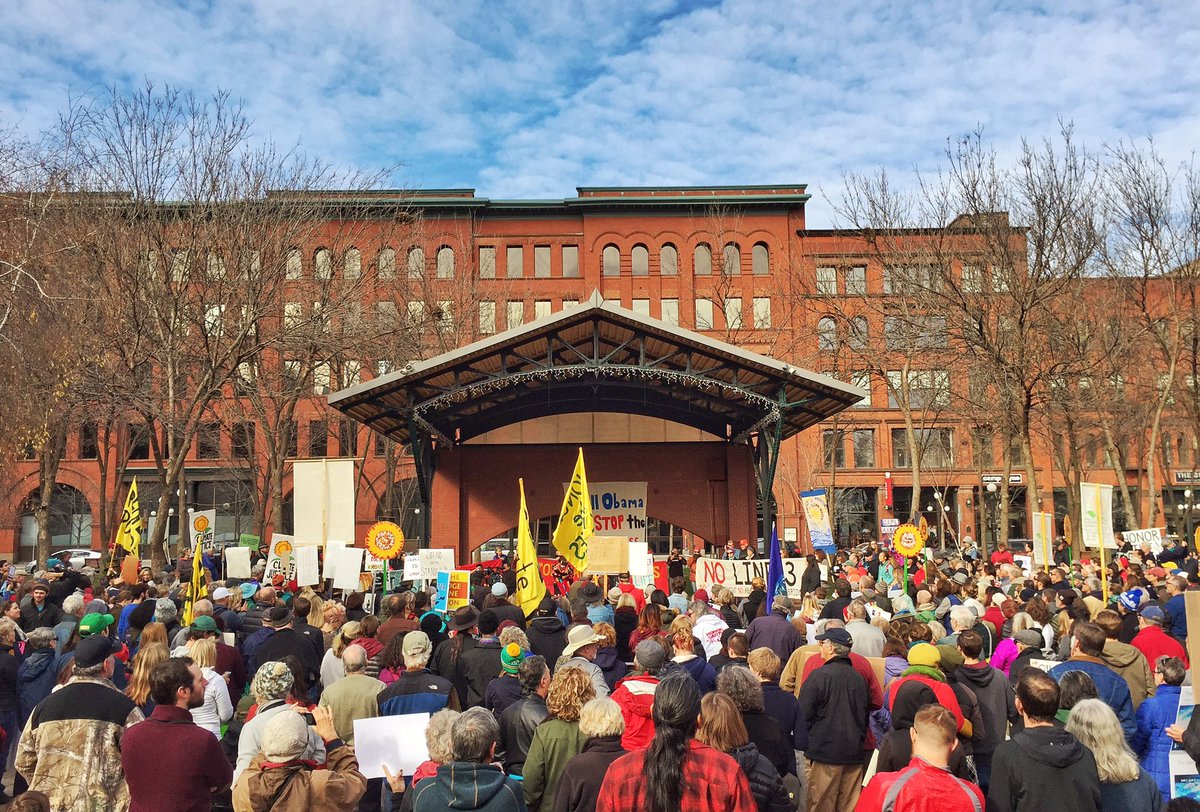