Posted by sbitkoff on Tuesday, 22 November 2016 in MyBlog 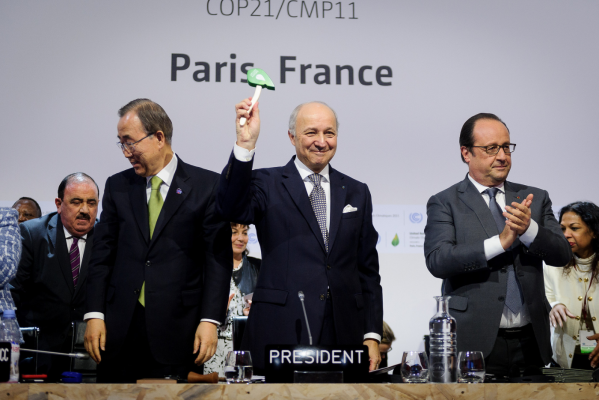 As the dust settled on the arid grounds at the closing of COP22 in Marrakech – with the ripple effects of the monumental U.S. election hovering in the air – a sense of determination and resolve persisted. Nearly one year after the world came together to forge the groundbreaking Paris Climate Agreement and only weeks after the accord officially entered into force in record time, the conversation has shifted to concrete action.

The just-concluded climate talks here reflected a shared understanding of the need to supercharge the already irreversible global clean energy transition. And no one was waiting around for the U.S. to decide its next move.  Even as some fretted that political developments in the U.S. might chill early-stage implementation of the Paris Agreement, the opposite occurred.

As the tremendous economic and social costs of climate change continue to mount, and as the window of opportunity for stabilizing the climate shrinks fast, talks among country delegations, cities, states, companies, investors, labor leaders and civil society took on a renewed sense of urgency in accelerating forward.

Underscoring that climate action makes good economic sense, more than 360 U.S. businesses and investors – from small enterprises to more than a dozen Fortune 500 firms, including household names such as DuPont, Mars, Kellogg’s, General Mills and Levi Strauss – came forward to express strong support for staying the course on the Paris accord and continuing to advance complementary clean energy policies and investments. This call was heard resoundingly throughout the tented corridors of the Marrakech climate negotiations. It was not lost on the negotiators that these businesses are backing up their words with concrete action, stepping up corporate investments in clean energy and lowering the carbon impacts of their operations and supply chains. Many of the companies, in fact, have committed to source 100 percent of their electricity needs from renewable power.

Leading investors from around the world, including New York State’s $185 billion public pension fund and Citigroup, outlined what they are doing to step up efforts to manage carbon risk exposure in their investments while also seizing burgeoning low carbon investment opportunities. Citigroup’s Michael Eckhart described impressive progress towards its 10-year commitment to finance $100 billion of low-carbon and other sustainable business activity. The bank provided $48 billion of sustainable financing last year alone, double from $24 billion in 2014.