Posted by ryderlynewx on Tuesday, 28 March 2017 in Climate Change

Trump's Being Reckless With Our Climate 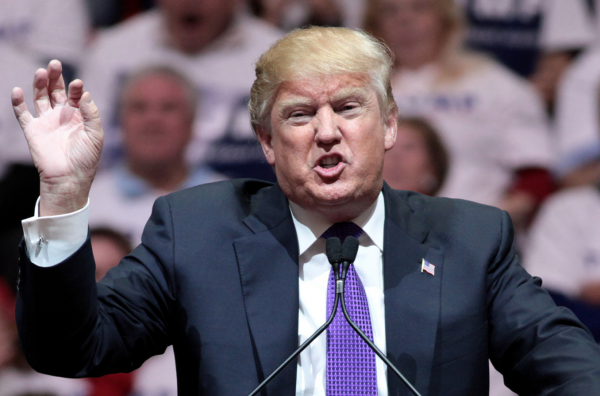 President Trump signed an executive order rolling back climate progress. The executive order instructs the U.S. Environmental Protection Agency to rewrite the Clean Power Plan, the single largest step the U.S. has taken to limit climate change. The order also lifts the moratorium on federal coal leasing and limits on methane from fracking operations. The administration also initiated a process to reconsider the Social Cost of Carbon and the National Environmental Policy Act guidance on climate pollution.

“Calling climate change a ‘hoax’ won’t stop the seas from rising. We can tackle the climate crisis by investing in science and clean, renewable energy, but only if we move boldly and quickly. Defunding science, undercutting clean energy, and doubling down on fossil fuels is sheer reckless folly.

“2016 was the hottest year on record, beating 2015 which was the hottest year before that. The climate and clean air safeguards that President Trump is proposing to block would increase pollution and threaten our health and the planet. If fully implemented, the Clean Power Plan alone would have reduced our power plant emissions 32% by 2030 with huge health and environmental benefits for Virginians.

“Instead of accelerating this progress, the administration is proposing to endanger our health and threaten our children’s future. Blocking the Clean Power plan will lead to 3,600 additional premature deaths, 90,000 more asthma attacks in children, and 300,000 more missed work and school days by 2030.

“Millions of Americans have called for strong climate action, submitting more than 8 million comments asking the EPA to take action to cut carbon pollution from power plants. More than 600,000 of these comments came from Environment America’s members and supporters.

“We need to stop President Trump’s rollbacks of our environmental protections that will make us more dependent on dirty fossil fuels. Today’s actions by the administration threaten our health, our environment, and our treasured places.

“Despite the President’s dangerous and backwards energy agenda, the fact is the clean energy revolution can’t be stopped. Clean energy solutions like solar, wind and efficiency will reduce carbon pollution and clean up our air, protect our health including reducing asthma attacks, and promote energy independence.

“And, as our most successful climate programs face attack on the federal level, it is incumbent on states to double down on their climate commitments. We are calling on Governor McAuliffe to keep leading the charge and push the progress we need to tackle the climate crisis and move toward a 100% renewable energy future.”