China Pushes Fisheries to the Brink 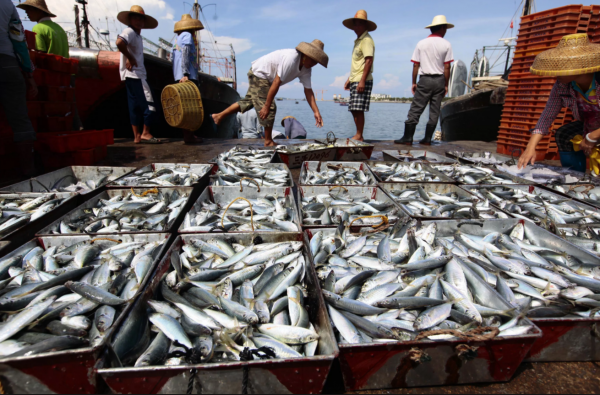 JOAL, Senegal — Once upon a time, the seas teemed with mackerel, squid and sardines, and life was good. But now, on opposite sides of the globe, sun-creased fishermen lament as they reel in their nearly empty nets.

“Your net would be so full of fish, you could barely heave it onto the boat,” said Mamadou So, 52, a fisherman in Senegal, gesturing to the meager assortment of tiny fish flapping in his wooden canoe.

A world away in eastern China, Zhu Delong, 75, also shook his head as his net dredged up a disappointing array of pinkie-size shrimp and fledgling yellow croakers. “When I was a kid, you could cast a line out your back door and hook huge yellow croakers,” he said. “Now the sea is empty.”

Overfishing is depleting oceans across the globe, with 90 percent of the world’s fisheries fully exploited or facing collapse, according to the United Nations Food and Agriculture Organization. From Russian king crab fishermen in the west Bering Sea to Mexican ships that poach red snapper off the coast of Florida, unsustainable fishing practices threaten the well-being of millions of people in the developing world who depend on the sea for income and food, experts say.

China, with its enormous population, growing wealth to buy seafood and the world’s largest fleet of deep-sea   fishing vessels, is having an outsize impact on the globe’s oceans.

Having depleted the seas close to home, Chinese fishermen are sailing farther to exploit the waters of other countries, their journeys often subsidized by a government more concerned with domestic unemployment and food security than the health of the world’s oceans and the countries that depend on them.

Increasingly, China’s growing armada of distant-water fishing vessels is heading to the waters of West Africa, drawn by corruption and weak enforcement by local governments. West Africa, experts say, now provides the vast majority of the fish caught by China’s distant-water fleet. And by some estimates, as many as two-thirds of those boats engage in fishing that contravenes international or national laws. Full story at