Posted by LinForrest on Monday, 08 May 2017 in Fishing

Overfishing in China - A Disaster In The Making 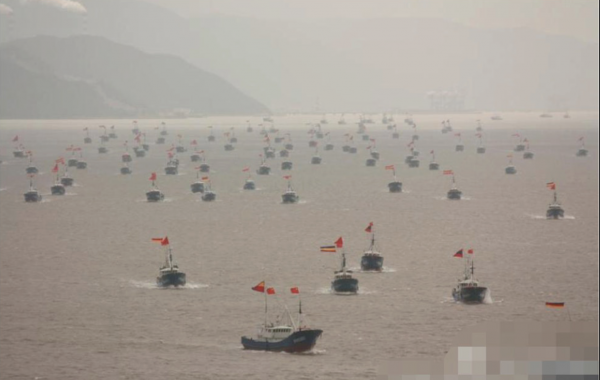 China’s annual catch is estimated at some 15 million tons.

China is the largest consumer, producer, and exporter of every species caught by some 3,400 industrial fishing vessels harvesting the waters of over 90 coastal nations and the deep ocean.

Everything about China is colossal – its land area, coastline, population, insatiable need for natural resources, gross national product, demand for import and export markets, massive bureaucracy, and growing influence in geopolitical affairs. Its place in the world is big by any dimension, and in every one, it is growing.

With regard to the ocean, particularly to fisheries, China is the largest consumer, producer, and exporter of every species caught by some 3,400 industrial fishing vessels harvesting the waters of over 90 coastal nations and the deep ocean. According to a 2016 report by Mongabay.com, an excellent online conservation and environmental news service, China’s annual catch is estimated at some 15 million tons, making it the world’s top fishing nation twice over. The result has also been colossal: a 50% reduction in its own domestic fish stocks, a 600% rise in per capita seafood demand, and a global fleet that is 2 to 3 times larger than what the entire global ocean is estimated to sustainability support.

Fish catches are presumably reported to the United Nations Food and Agriculture Organization (FAO), but the statistics are very unreliable as a result of under-reporting, indifference to treaty quotas, illegal species catch, and stocks caught outside national jurisdictions. This lack of or misrepresentation of information is becoming more clear; the European Union estimates that the actual Chinese catches may be over twelve times what is reported through official channels and is dominating and decimating supply particularly in developing nations in West Africa where there is no domestic fleet to compete. In some instances, North Korea for example, China has acquired exclusive rights to all fishing within that nation’s exclusive economic zone.

In 2016, China attempted to purchase similar rights from the government of the Bahamas, a scheme that created a series of private holding companies, with shareholders designated by government, which would ostensibly control areas, practices, and catch limits, but would transfer through export almost all of the product to China in exchange for a small royalty to each company over and above the initial large one-time rights payment to government. The agreement was largely in place when the details found their way to the public and the outcry commenced that would eventually embarrass the government and the ministers involved and be withdrawn.

As with most things in China, this enterprise is controlled and underwritten by central and regional government, particularly through fuel subsidies. A study by the National Bureau of Asian Research estimated that “95% of the $6.5 billion subsidies in 2013 promoted over-fishing and harm to marine ecosystems.” The study observes that, “the subsidies artificially lower the value of a single fish, thus driving an increased effort to catch more, and creating a higher overall demand due to low market price.”

A solution to this problem requires oversight, accurate reporting, regulation and enforcement, and recognition of ocean harvest as a powerful internal need and external opportunity for local employment, taxes, and equitable trade that allows for producing nations to retain and sustain the asset for the future. Some nations are beginning to patrol their waters more aggressively, arresting Chinese crews and in some cases burning their vessels. Some products, like shark fins, are being successfully attacked by public pressure through environmental organizations, social media, boycott and market forces. Satellites have been launched, with orbits aligned to monitor deep-ocean fishing grounds where illegal activities can be observed and documented and used in enforcement, negotiation, and judicial proceedings. These are victories, but small ones.

How do we limit colossal? One way, of course, is through collapse as consequence of irresponsible, unlimited consumption. Even if all of us changed our behavior, if the Chinese colossus continues to decimate the global supply at its present rate, at some point in the not-too-distant future there will simply be no more fish. The ocean would become a colossal void, with no life therein to sustain ours, or theirs, beyond. There are some places today where that is already the case. No more fish. What a colossal disaster that is. What a colossal mistake that would be.

China’s Colossal Catch first appeared as a 5-minute audio episode on World Ocean Radio. Host Peter Neill is founder and director of the World Ocean Observatory, a web-based place of exchange for information and educational services about the health of the world ocean. Online at worldoceanobservatory.org.