Posted by carolynbart on Thursday, 29 June 2017 in Climate Change 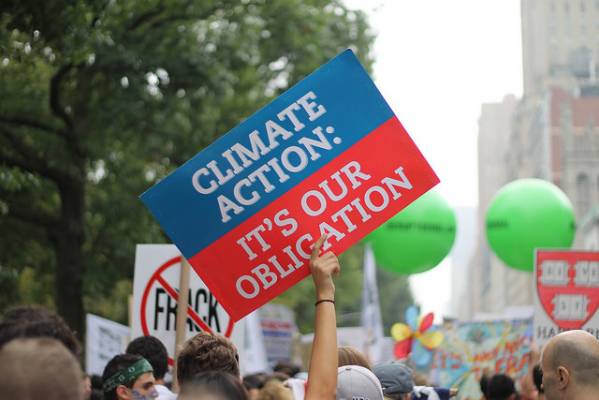 On June 1, 2017, Donald Trump announced his decision to pull the United States out of the Paris Agreement, an ambitious global framework to tackle climate change agreed to by President Barack Obama in December 2015. At Climate Hawks Vote, we score members of Congress, not just on how they vote, but on how they lead — and that includes speaking out on the Paris Agreement. Our prior report found that Congress mostly yawned instead of applauding one of the Obama administration’s greatest diplomatic triumphs. This report covers the significant increase in Congressional reaction to Trump’s decision to withdraw from the Paris Agreement.

This time around, we found that nearly all Democratic members of Congress, both House and Senate, expressed disapproval of Trump’s decision. On the Republican side, four members of the House and one Senator expressed unequivocal disapproval and a handful expressed mixed comments. Although we expected to find cheers on the Republican side, we instead found that roughly ½ of the House GOP and ¼ of the Senate GOP opted for silence. Our detailed spreadsheet tracking statements can be found here.

We found that 95 percent of the House Democrats have criticized, through words or action, Trump’s decision. The remaining Democrats—mostly Blue Dogs—were silent.

In addition, 10 Democrats sided with their colleagues—they signed on to H.Res. 390, a resolution expressing strong disapproval of Trump’s decision to withdraw the United States from the Paris agreement, as coauthors, but appear to have not issued a public statement. Two (marked with an asterisk) are members of the Blue Dog Coalition, and one (in italics) is a member of the Climate Solutions Caucus.

Finally, we found 9 Democrats who appear not to have commented on Trump’s action—but none who applaud Trump’s decision. Eight of them (marked with an asterisk) are members of the conservative Blue Dog Coalition.

130 Republicans—54 percent of the party—had nothing to say.

Another 90 Republicans—38 percent of the party—applauded Trump’s withdrawal move.

We found eight Republicans who issued mixed-pro-climate statements, generally favoring staying in the agreement to fix perceived inequities. All but Leonard Lance (NJ-07) and Edward Royce (CA-39) are members of the Climate Solutions Caucus. Among those is Dave Reichert (WA-08), who strongly praised the “Paris Accord” [sic] but carefully avoided saying the word “climate.”

We found six Republicans who issued statements that we’d classify as mixed-to-negative, generally offering some concern about climate but criticizing the agreement. This includes Brad Wenstrup (OH-02), who asked his constituents what they thought, offering a “supporters” view and a “critics” view. Again, Climate Solutions Caucus members are in italics.

These 19 Republicans make up eight percent of the Republican Party.

For comparison: In 2015, we found that 18 Republicans attacked the Paris agreement, while the remaining 229 Republicans (92 percent of the party) simply had nothing to say in public. Obviously more Republicans spoke out in 2017 to applaud the leader of their party; however, we didn’t see an overwhelming consensus among the caucus the way we’ve seen on the Democratic side in 2017. We’d like to think it’s because 130 Republicans are too embarrassed by their party leader to speak.

Of the 22 Democrats in the Climate Solutions Caucus, 20 spoke out against Trump’s decision, while one more (Juan Vargas) signaled disapproval by signing on to H. Res. 390 as cosponsors (one is a non-voting, non-scored member). This reflects the Democratic caucus’s nearly unified opposition to Trump’s decision.

The Climate Solutions Caucus also wrote a letter signed by 21 of its members—17 Democrats and four Republicans (Curbelo, Meehan, Fitzpatrick, and Costello), all of whom issued statements disapproving of Trump’s decision.

In sum, Republican members of the Climate Solutions Caucus were more likely than the rest of their party to defend our climate from Trump—but it was hardly a guarantee.

Of the 48 Senate Democrats, 47 issued statements generally opposing Trump’s decision. The 48th is coal DINOsaur Joe Manchin of West Virginia, who supported it. And 40 of those 47 signed on to a letter issued a few days beforehand urging Trump not to withdraw.

Like the House Republicans, the Senate Republicans are far more fractured than their Democratic counterparts. Only one, Susan Collins of Maine, expressed unequivocal disappointment in Trump’s decision.

Seven offered a mixed response: Lisa Murkowski of Alaska criticized Trump’s decision and discussed the urgency of climate action, but said she’s “agnostic” on the Paris agreement. Lindsey Graham of South Carolina and John McCain of Arizona called for Trump to stay in ahead of time, but then did not criticize him afterwards. Jeff Flake of Arizona and Jerry Moran of Kansas equivocated, and Lamar Alexander of Tennessee argued the Paris agreement didn’t really matter. Bill Cassidy of Louisiana said he was neutral on the agreement, as long as there’s increased fracking.

We did not find statements from 13 Senate Republicans, although we do note that Rob Portman of Ohio chose that day to go to a drilling site and talk up fossil-fuel extraction technology.

30 Senate Republicans expressed approval of Trump’s action; in addition, 5 of the silent Republicans signed a pro-withdrawal letter without issuing any public statement.

FIND YOUR REPRESENTATIVE AND TAKE ACTION!

For this report, we’re not measuring intensity of the response, whether a thoughtful press release or a simple retweet, whether a mild “I’m disappointed” or a thundering “abdication of American leadership and international disgrace.” We treated statements claiming that the Paris Agreement should be a treaty ratified by the Senate as disingenuous and cynical pro-withdrawal statements given the United States’ sorry history in not ratifying prior international climate agreements and the prevalence of climate deniers in the Senate.

Our full listing and scoring of statements can be found here.

For media inquiries, or to submit questions, comments, or corrections, email This email address is being protected from spambots. You need JavaScript enabled to view it. with “LEAVING PARIS” in the subject line.