Posted by RIO on Friday, 28 July 2017 in Ocean/Seas/Coastlines

Countries with coral reefs must do more on climate change 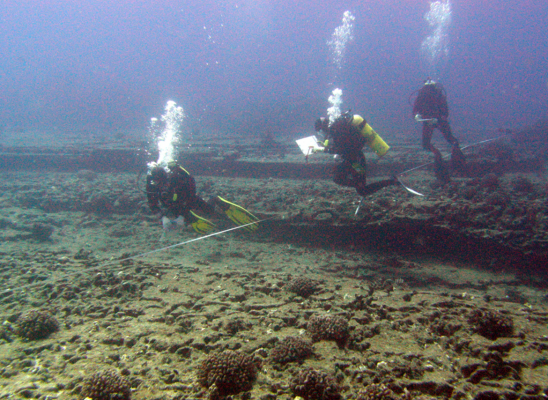 At a meeting of Unesco’s world heritage committee in Kraków, Poland, a decision was adopted that clarified and strengthened the responsibility of countries that have custodianship over world-heritage listed coral reefs.

Until now, most countries have interpreted their responsibility over such reefs as implying they need to protect them from local threats such as water pollution and overfishing.

But between 2014 and 2017, reefs in every major reef region bleached, with much of the coral dying, in the worst global bleaching event in recorded history. Over those three years, 21 of the 29 listed sites suffered severe or repeated heat stress.

Last month Unesco published the first global assessment of climate change’s impacts on world heritage-listed reefs and it concluded that local efforts were “no longer sufficient” – concluding the only hope was to keep global temperature increases below 1.5C.

The new decision builds on that assessment, clarifying the responsibility of countries with custodianship over world-heritage listed coral reefs.

The decision adopted by the world heritage committee said it “reiterates the importance of state parties undertaking the most ambitious implementation of the Paris agreement”, which it noted meant pursuing efforts to limit global average temperature increase to 1.5C above pre-industrial levels.

It went on that it “strongly invites all state parties … to undertake actions to address climate change under the Paris agreement that are fully consistent with their obligations within the world heritage convention to protect the [outstanding universal values] of all world heritage properties”.

The decision appeared to implement the earlier finding that local efforts were insufficient to protect reefs, and indicated the committee considered that countries were obliged under the world heritage convention to undertake strong action on climate change.

The decision put most countries’ emissions targets in stark contrast with what was needed to protect their reefs. Combined, all countries’ commitments made so far are projected to allow warming or as much as 2.7C by 2100.

But some countries with coral reefs are not contributing their fair share to even that level of ambition.

Australia, which has responsibility over the world’s largest coral reef system – the Great Barrier Reef – has climate change targets consistent with between 3C and 4C of warming by 2100, according to Climate Action Tracker.

Moreover, Australia doesn’t have any policies in place that will help it achieve those targets, with official government projections showing emissions are not expected to be cut at all, and instead will rise for at least decades to come.

The first indication that Unesco would consider action on climate change an obligation of custodians of world-heritage listed coral reefs came in June when it assessed Australia’s progress in protecting the Great Barrier Reef, following back-to-back mass bleaching in 2016 and 2017 that killed as much as half its coral.

Despite acknowledging Australia’s progress in addressing water quality on the reef, and deciding not to put the reef on its “in-danger” list, Unesco noted that climate change was the most serious threat to it, and said there was the need to consider how bleaching was affecting the effectiveness of the country’s plan to protect it.

“Last week the Australian government bragged that the Great Barrier Reef was not put on the in-danger list at this meeting,” said Imogen Zethoven from the Australian Marine Conservation Society, who was at the world heritage committee meeting in Poland.

“However, this week the Australian government should be worried. It knows very well that it is still on probation with the world heritage committee. This decision means Australia needs to rapidly reduce carbon pollution and reject new coalmines – otherwise our reef is at great risk of being placed on the world heritage in-danger list in 2020.

“The Australian government must now, more than ever, rule out any new coalmines and urgently develop a climate policy that will protect our global icon. It must do its fair share of the global effort to reduce pollution.

“If it doesn’t, the world heritage committee should hold Australia to account for failing to tackle the single greatest threat to our Great Barrier Reef – and for putting all other world heritage coral reefs at risk.”