Posted by fredabar on Thursday, 10 August 2017 in Climate Change 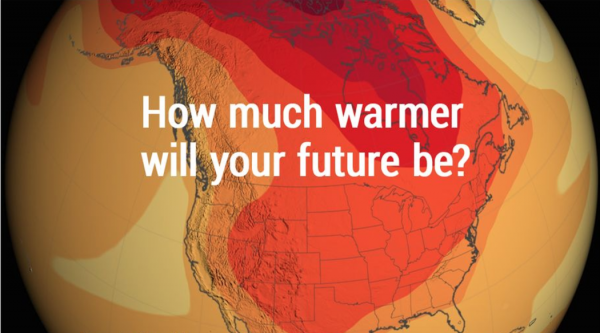 A draft report produced by 13 federal agencies concludes that the United States is already feeling the negative impacts of climate change, with a stark increase in the frequency of heat waves, heavy rains and other extreme weather over the last four decades.

The preliminary report summarizes the current state of the science for the upcoming National Climate Assessment. Trump and his Cabinet have expressed public doubts that the warming is being primarily driven by man-made carbon pollution and will have serious consequences for Americans.

An early version of the report, a copy of which was obtained by The Associated Press, was distributed widely in December for review by leading scientists. The New York Times published a copy Monday.

The U.S. Global Change Research Program, which will edit and produce the final report, did not respond to phone and emails seeking comment on Tuesday.

The assessment has generally been released every four years under a federal initiative mandated by Congress in 1990. The current draft, targeted for release later this year, largely builds on the conclusions of the 2014 assessment released under the Obama administration.

The assessment said global temperatures will continue to rise without steep reductions in the burning of fossil fuels, with increasingly negative impacts. Worldwide, 15 of the last 16 years have been the warmest years on record. Today, the National Oceanic and Atmospheric Administration said 2017 is on track to be the second warmest for the United States.

The report calls the long-term evidence that global warming is being driven by human activities "unambiguous."

"There are no alternative explanations, and no natural cycles are found in the observational record that can explain the observed changes in climate," the report said, citing thousands of studies. "Evidence for a changing climate abounds, from the top of the atmosphere to the depths of the oceans."

Scientists from all over the world have documented warming in the air and water, melting glaciers, disappearing snow, shrinking sea ice and rising sea level. The report said the United States will see temperature increases of at least 2.5 degrees (1.4 degrees Celsius) over the next few decades, even with significant cuts to carbon pollution.

Even if humans stop spewing heat-trapping gases today, the world will warm another half a degree over today's temperatures (0.3 degrees Celsius), the report said, citing high confidence in those calculations. Scientists, such as Stanford University's Chris Field, say that even a few tenths of a degree of warming can have dramatic impacts on human civilization and the natural environment.

"Every increment in warming is an increment in risk," said Field, who wasn't part of the report but reviewed it for The National Academy of Sciences.

Trump, who has called climate change a "total con job" and "hoax" perpetrated to harm U.S. economic competitiveness, has spearheaded a wholesale scrapping of Obama-era initiatives that sought to reduce carbon emissions from coal-fired power plants and other sources. Last week, Trump's administration formally told the United Nations that the U.S. intends to pull out of the 2015 Paris climate accord, in which nearly 200 nations pledged to reduce carbon emissions.

U.S. climate scientists have watched these policy developments with increasing alarm, with some expressing concern the Trump administration might seek to bury or significantly water down the quadrennial climate assessment.

However, four co-authors of the federal climate assessment, who spoke to AP on the condition of anonymity because they were not authorized to discuss the issue, said they have not heard of or witnessed any attempt by the White House to suppress or censor the scientific document.

"It was under the radar and we were fine about that," one author told AP on Tuesday.

Michael MacCracken, a scientist who headed the interagency team that reviewed the assessment in the 1990s, said those concerns were based on what senior administration officials have said they believe—that predictions of global disruptions from severe storms, droughts and heat waves were overblown and alarmist.

He told AP he worried that the report could be late because the White House Office of Science Technology Policy, which helps coordinate the report, is understaffed and Trump has not appointed a science adviser yet.

The report is currently in its fifth draft. The version reviewed by the Times and AP is marked as the third review, which was distributed for comment in December.

"This one was made widely available for public review," MacCracken said. "It wasn't a leaked review."

One report author said because the assessment looks at how sea level rise, extreme weather and other things that impact global warming change with the amount of heat-trapping gases spewed by the world, the overriding message was how actions now on carbon dioxide pollution can limit damage in the future.