Posted by Heal the Bay on Tuesday, 26 September 2017 in Wildlife Conservation 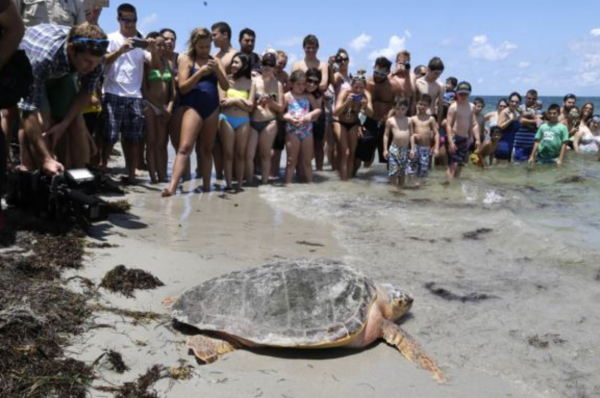 A loggerhead sea turtle is released after being treated for pneumonia in July 2016 at Inlet Beach, Fla. Associated Press file

Sea turtles are lumbering back from the brink of extinction, a new study says.

Scientists found more populations of the large turtles improving than declining when they looked at nearly 60 regions across the globe. That’s a big change from a decade or two ago, experts said.

But massive efforts to save the egg-laying turtles by changing fishing nets and creating protected and darkened beaches are working, said study lead author Antonios Mazaris, an ecology professor at Aristotle University of Thessaloniki in Greece.

“There’s a positive sign at the end of the story,” Mazaris said. “We should be more optimistic about our efforts in society.”

The research was published Wednesday in the journal Science Advances. — The Associated Press