Posted by finall on Monday, 25 September 2017 in Ocean/Seas/Coastlines 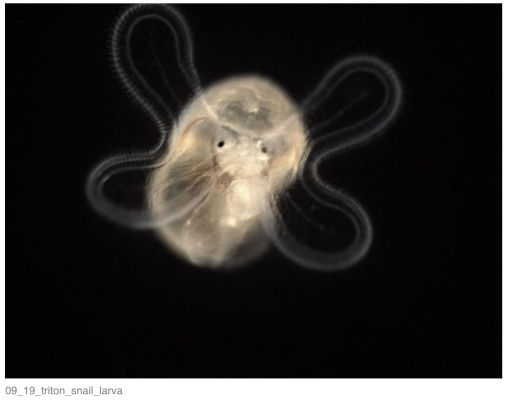 It’s a tactic humans have tried time and again thanks to its apparent simplicity: Dislike a pest? Enlist something that will eat it.

On Monday, Australia’s environment ministry announced a new investment of more than $450,000 in U.S. dollars for two years of research into just such a scheme, aimed at protecting the beleaguered Great Barrier Reef. One of the many challenges the giant coral reef is facing is the crown-of-thorns starfish, which are blamed for more damage to the reef within the past 30 years than any other cause except cyclones and hurricanes. Their populations boom and bust on a cycle of seven or eight years.

The starfish, which boast 13 to 21 arms, gorge on coral. “They extrude their stomach outside their mouth to cover the same area as a dinner plate,” Mike Hall, who studies the crown-of-thorns at the Australian Institute of Marine Science, tells Newsweek. Then the starfish releases juices to digest the corals, then “suck it all up and move on to the next patch,” Hall adds, leaving just the coral’s white skeleton behind.

Currently, the best way to kill the crown-of-thorns starfish is to send individual divers down to the reefs with syringes to inject chemicals that kill them. “It’s a bit like having a tap dancer clean up a locust plague by dancing away on them,” Hall says. “It’s just too many to handle.”

That’s where the giant triton snail comes in. It sports a shell that’s a foot-and-a-half long, making it one of the largest known snails, but it’s also one of the starfish’s few natural predators.

There’s just one problem: Because of the popularity of those huge shells, giant triton snails were overfished for decades until they were declared an endangered species during the 1960s. They’re still quite rare a half century later.

That’s why the government decided to fund research being done by the Australian Institute of Marine Science, which wants to learn how to raise the snails in captivity in order to seed the wild population to eat their way through the crown-of-thorns starfish. “The idea is that we have high-risk reefs, and you could basically use tritons as a special forces team,” Hall says.

So far, the breeding has been a challenge. The Institute has eight adult snails, including at least four females, which lay pink capsules containing 2,000 eggs apiece. The snails tend the egg capsules, using their foot to fend off algae and plankton, according to Cherie Motti, a research scientist on the breeding team. And the eggs hatch just fine, releasing a baby form called a veliger.

A baby giant triton snail, known as a veliger. The two dark spots are its eyes, and it uses what looks like butterfly wings to swim. Adam Hillberg, Australian Institute of Marine Science (AIMS) and University of the Sunshine Coast (USC)