Posted by GreenDog on Wednesday, 17 January 2018 in General Environment 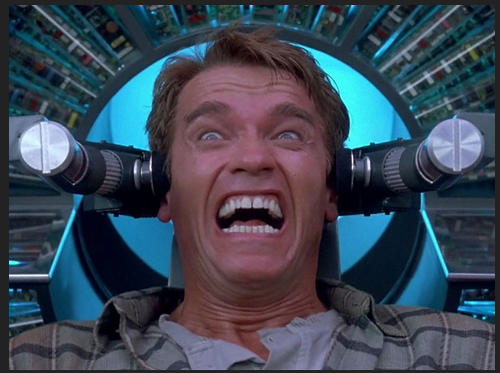 WASHINGTON» President Donald Trump made his mark in the energy and environment world during his first year in Washington. Many of his actions aimed to undo work from the Obama era. Trump all but abandoned the nation’s efforts to combat climate change, and he shrank national monuments that President Barack Obama had established or sought to preserve. Trump scaled back regulations on the fossil fuel industry and pushed for more drilling on land and at sea.

And in turn, much of the world pushed back. Protesters descended on Washington to oppose his policies and campaign against what they saw as an attack on science. Other nations denounced his decision to back out of an international climate agreement, leaving the United States at odds with the rest of the globe.

Meanwhile, extreme weather nationwide wrought devastation. Hurricanes leveled homes, triggered floods and upended lives from Puerto Rico to Texas. Wildfires ravaged California, burning entire neighborhoods to ashes. It was a tumultuous year. Here are some of the most consequential environmental stories of the year:

“I was elected to represent the citizens of Pittsburgh, not Paris,” Trump proclaimed from the Rose Garden in June. With those words, he declared his intention to withdraw the nation from a global effort to cut greenhouse gas emissions to fend off the worst effects of climate change. The United States is now the only nation in the world to reject the deal. The U.S. withdrawal from the Paris agreement cannot be finalized officially until late 2020.

Change at the EPA

“The future ain’t what it used to be at the EPA,” the agency’s administrator, Scott Pruitt, is fond of saying. That’s certainly true. In nominating Pruitt to head the agency that Trump once promised to reduce to “little tidbits,” the president chose a man who had long been one of its most outspoken adversaries. As the Environmental Protection Agency’s leader, he has acted aggressively to reduce the agency’s reach, pause or reverse numerous environmental rules, and shrink its workforce to Reagan-era levels. He has begun to dismantle Obama’s environmental legacy, in part by rolling back the Clean Power Plan — a key attempt to combat climate change by regulating carbon emissions from the nation’s power plants.

Trump issued an executive order in April to review 27 land and marine monuments. But it was clear that two particular monuments were in his cross hairs: Bears Ears and Grand Staircase-Escalante. Utah’s congressional delegation and its governor had lobbied Trump’s inner circle to reverse the monument designations of these parks in their state even before he was elected. Trump shrank both monuments by nearly 2 million acres last month, and Interior Secretary Ryan Zinke said the borders of other monuments in the Atlantic and Pacific oceans, as well as in the West, are being reviewed.

Drilling platforms dot the Gulf of Mexico, where the fossil fuel industry has extracted oil and gas for decades. But the Trump administration wanted to make history. In early November, it did so by announcing the largest gulf lease offering for oil and gas exploration in U.S. history: 77 million acres. The move was consistent with Trump’s push for “energy dominance.” He and Zinke are also opening more land to coal excavation in the West. One of Zinke’s first acts as interior secretary was to remove a bright and colorful picture of a western landscape from the Bureau of Land Management’s website and replace it with a black wall of coal. Is drilling in the pristine Arctic National Wildlife Refuge next?

Oil is flowing through the Dakota Access pipeline. And the company behind the Keystone XL this fall cleared a key regulatory hurdle in its quest to complete the northern half of the pipeline, from Alberta to Steele City, Neb.

Who will save the Endangered Species Act, which is under attack by political conservatives inside and outside Washington? Led by Rep. Rob Bishop, R-Utah, chairman of the House Natural Resources Committee, who said he wants to “invalidate” the 44-year-old act, some Republicans say the law interferes with commercial development, private landowner rights and excavation of natural resources such as coal and natural gas.

Last year around this time, a strange wildfire rushed through the Tennessee mountains, killing 14 people, destroying homes and apartment buildings, and threatening a major recreation area in Gatlinburg. The 2017 fire disasters, some of which are still burning, were much more monstrous than that Great Smoky Mountain inferno. Two California fires, the Sonoma fire that burned north of San Francisco and the Thomas fire that burned north of Los Angeles have combined to kill 45 people, burn more than a half-million acres, destroy nearly 2,000 structures and cost hundreds of millions of dollars to fight. The Thomas fire appears to be contained near Santa Barbara after burning the second-most acreage in state history.

Fire wasn’t even the costliest disaster this year. Hurricane Harvey’s death toll around Houston was nearly double the number who perished in the two fires and sent 30,000 people in search of shelter. Miami, Jacksonville and Naples, Fla., were devastated by Hurricane Irma, which immediately followed Harvey. They were followed by Hurricane Maria, which leveled much of Puerto Rico, where the toll could be as high as 500.