Posted by barambul on Monday, 29 January 2018 in Earth Violators 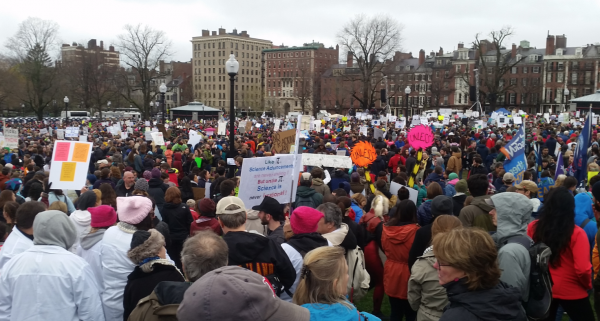 The lawsuit, filed on Tuesday by the Union of Concerned Scientists in federal court in Boston, reflects rising tensions between environmental advocates and the administration of President Donald Trump over its efforts to roll back climate change regulations to boost industry.

EPA Administrator Scott Pruitt in October announced the agency would bar scientists that had previously received EPA grants from serving on its independent advisory boards as a way to ensure the panels are free from bias. Critics said the policy would have the opposite effect.

An EPA official did not immediately respond to a request for comment.

The advisory boards provide the scientific input for agency decisions around pollution and climate change regulation and were created by Congress to serve as a check on EPA policies and research.

In its complaint, the Union of Concerned Scientists called the decision a “purge”, and “an attack on science itself.”

“The effect is that private industry views will be overweighted,” on the panels, it said.

The complaint asks that the court to prevent the EPA from implementing the policy.

During his election campaign last year, Trump promised to roll back environmental regulations, including those limiting carbon dioxide emissions blamed for global warming, to make government more friendly to the drilling, mining, and manufacturing businesses.

Pruitt, who had sued the EPA repeatedly while Oklahoma’s attorney general, was among Trump’s most controversial nominees. He is an outspoken doubter of mainstream climate science that concludes carbon dioxide from human use of fossil fuels is a primary driver of global warming, triggering more frequent volatile storms, sea level rise and droughts.