Posted by momneed on Tuesday, 27 March 2018 in General Environment

Kids teach adults how to protect the earth 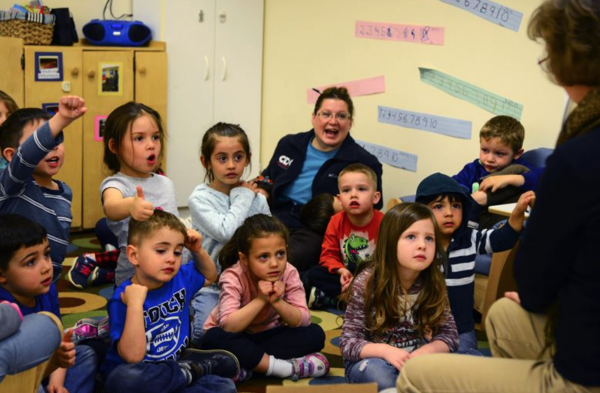 What were you doing when you were nine years old? Where would you be in 2100?

In 2007, Felix Finkbeiner, a 9-year-old primary four student in Germany, had to do a project on climate change. He eventually found the inspiration to launch a global movement called Plant for the Planet. Its initial target was to plant one million trees in each country to offset C02 emissions.

Felix was inspired by Wangari Muta Maathai, an African biologist and Nobel Peace Prize winner. Professor Maathai founded Kenya’s Green Belt Movement to improve the employment opportunities of women in rural areas and promote environmental protection. Since 1977, more than 30 million trees have been planted in Africa over 30 years under the movement.

Felix explained his idea of planting one million trees to his classmates and the school principal. He planted his first tree on the school campus. The media loved his idea and eagerly reported his story.

In the following year, Felix became a junior board member of the United Nations Environment Programme. And over the past ten years, he had given speeches before the European Parliament and in UN conferences in Norway, South Korea, the United States and many other countries.

Felix believes that adults are aware of the challenge of climate change, but they often talk and seldom act. And so the Plant for the Planet movement launched a campaign called “Stop talking. Start planting” to spread the message that talking alone will not achieve anything and now is the time for action. (Posters for the campaign show kids holding their hand over the mouth of famous adults from the political, commercial, and entertainment spheres, including actor Harrison Ford and Prince Albert of Monaco.)

The “future” is an academic question to adults, but for today’s children, 2100 is still within their lifetime. They want to take the future into their own hands, and planting trees is one concrete action they are taking.

You may have participated in a tree planting activity, but how effective is it in easing climate change? How many trees are there at present? How many more shall we need to plant to offset the deforestation around the world and make a difference? These questions challenge many scientists.

Tom Crowther, a researcher at Yale University spent two years studying the topic and published the results in the academic journal Nature in 2015. It turns out that there are three trillion trees in the world, which is seven times previous estimates. But that’s only half of the number 12,000 years ago when farming activities just started. We are losing trees at a rate of 10 billion a year. As such, planting one million or even one billion trees a year may not be of much help.

Surprisingly, Felix was not discouraged. Instead, he and over 60,000 ambassadors aged 9 to 12 worldwide decided to scale up their plan and set a target of planting one trillion (That’s 1 followed by 12 zeros) trees each year. The trees can absorb 10 billion tons of carbon dioxide each year, which is about a quarter of the carbon emissions we produce a year.

The young members of the movement worked hard to contact billionaires, governments, and companies from various countries to raise resources. At the same time, they strived to make their planting activities more scientific. This led Felix to connect with Jack Dangermond, president of Esri.

Esri is one of the 50 largest software companies in the world and is specializing in geographic information system (GlS) software. The 73-year-old Dangermond appreciated Felix’s philosophy and what his movement is trying to do. And so the old man and the kid, with an age gap of over 50 years, worked together to build a global tree planting electronic map platform, which is now open to all tree-planting organizations for uploading data.

Riding on its unique features of consolidating multiple layers of information to visualize analysis results, the GIS software helps in the planning of the global tree planting. On the GIS platform, the type of tree and sequence of planting in different places under various climate, soil, topography, environment, urbanization, and land use are detailed.

Adults, of course, are doing their bit in fighting global warming. Earth Day, which is celebrated on the 22nd of April every year, is an event promoting environmental protection. Many countries around the world hold different types of activities on that day to lend support to the initiative.

The annual event began in the United States in the 1970s. A group of concerned individuals recognized the pollution of our planet and its threat to our fragile ecological environment. And so they launched a large-scale campaign to protect the earth and sought to increase public awareness of the growing threat of pollution. The result was swift support from all over the world.

In fact, apart from deforestation, over-harvesting also causes the extinction of species. The beautiful orchids are diverse in color, but some wild species such as slipper orchids are on the verge of extinction. At the same time, certain bees rely on the pollen of a particular type of orchid to reproduce. When this type of orchid decreases in number, the type of bees depending on their pollen will also decrease.

Incense tree has high medicinal value, and thus is considered a treasure. Unfortunately, it is often illegally felled by poachers. Country parks in Hong Kong are said to be almost stripped bare of these rare trees. Recently, a 60-year incense tree at the Chinese University of Hong Kong was cut down. Hong Kong was once covered with these trees, but due to serious illegal felling, their number has dropped sharply. Now the natural stock is near extinction in Hong Kong.

Hong Kong may be small in size, but it nurtures many species. We have nearly 3,000 species of flowering plants which should be our pride. However, if people do not treasure and respect ecology, these species will disappear one after another.

The Conservation E3 Foundation’s Tree Adoption Program teaches young people about trees. It helps them to cultivate a caring attitude towards nature and our planet. Although it is generally difficult for the Hong Kong people to plant trees on their own, we can cherish nature and do our bit in saving our only home.