Posted by GreenDog on Thursday, 17 May 2018 in Air Quality 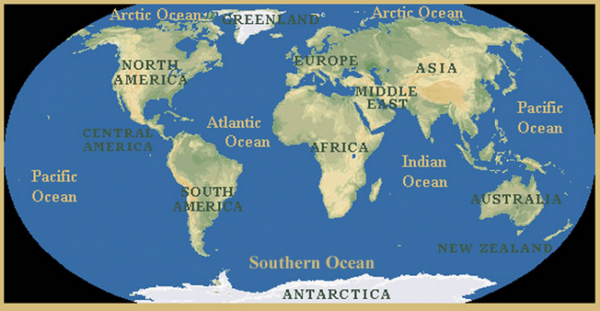 Scientists have stumbled on to an atmospheric detective story: Someone in East Asia appears to be cheating on a three-decade-old global environmental treaty that banned ozone-eating chemicals.

The aurora australis glows near the National Oceanic and Atmospheric Administration’s South Pole Atmospheric Research Observatory. When a hole in the ozone formed over Antarctica, countries around the world in 1987 agreed to phase out several types of ozone-depleting chemicals called chlorofluorocarbons. Provided by NOAA, via The Associated Press

Researchers from the U.S., U.K. and the Netherlands discovered new emissions of a refrigerant that’s responsible for about a quarter of the chlorine reaching the radiation-blocking ozone layer, according to a paper published Wednesday in Nature.

Chlorofluorocarbon (CFC) levels have declined steadily since being phased out by the 1987 Montreal Protocol — which former United Nations Secretary General Kofi Annan has called “perhaps the single most successful international environmental agreement to date.”

Atmospheric levels of the chemical, CFC-11, plateaued around 2002, even as global production wound down and ceased by 2010. Then, in 2012, the rate of decline mysteriously fell 50 percent.

No explanation fits the data better than new production, the scientists report. They detected a spike in the difference between atmospheric levels in the Northern and Southern Hemispheres, suggesting facilities in the highly industrialized north. They then used air-pollution modeling to backtrack possible origins of the air they sampled, to East Asia. As much as 13,000 metric tons of CFC-11 is joining the atmosphere every year.

If “13,000 tons escape to the atmosphere, how much is being made? That’s some leak,” said Johannes Laube, a University of East Anglia research fellow who reviewed the paper for the journal.

Stephen Montzka, lead author and an atmospheric chemist with the National Oceanic and Atmospheric Administration, said the paper delivers “hard evidence” of renewed production, despite potential complicating factors, such as the variable movements of high-flying air masses and the residual emission of CFC-11 from materials that were common in building construction.

The study is rare in that it may have profound ecological and political implications. It’s difficult to say which are more pronounced.

Calculations done after he and his colleagues finished the paper suggest that a couple of decades of CFC-11 production at observed levels might delay by only a decade estimates of when the ozone hole will return to 1980-scale — mid-century.

“The sky isn’t falling,” Montzka said. Diplomats may not feel the same way.

“Such a careful analysis is crucial, because any claim of renewed — and therefore illegal — emissions will have political implications,” wrote Michaela Hegglin, a University of Reading atmospheric chemist, in a companion Nature essay.

“This is quite convincing. There’s quite strong evidence that points to illegal emissions of these CFCs,” he said.

Potential cheating comes to light just as the international community is amending the Montreal Protocol to accommodate new threats.

Nations moved very quickly in the mid-1980s to sign the treaty, in part because industry had found replacement refrigeration chemicals that do not destroy stratospheric ozone. However, these chemicals, the hydrofluorocarbons (HFCs), turned out to be virulent greenhouse gases, many hundreds or thousands of times more potent than CO2, even if their low abundance make them a lesser contributor overall to global warming.

Montreal Protocol signatories gathered in Kigali, Rwanda, in 2016 to observe the treaty’s 30th anniversary and to sign off on an amendment that would ban HFCs. It will go into force Jan. 1.

The Trump administration has not said whether it will support the so-called Kigali Amendment. The Environmental Protection Agency said in April it will rewrite Obama-era rules restricting the use of HFCs — rules that a court struck down in part in August. A bipartisan group of senators introduced a bill in February that would direct the EPA to limit HFCs in agreement with the Kigali Amendment. The potential global phaseout of HFCs has forged a rare alliance between climate activists and industry, which wants to be a part of replenishing the world’s refrigeration equipment using new chemicals and technology.

Montzka said the team’s next step will be to try and focus on the source of the emissions, drawing on measurements in East Asian nations, an effort lauded by environmentalists.