Posted by sbctigg on Friday, 21 September 2018 in Climate Change 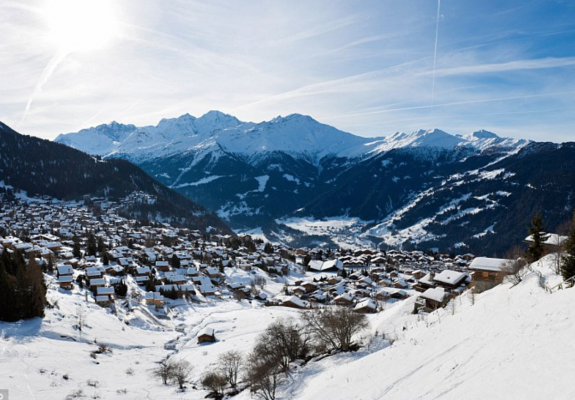 Scientists say stretches of “eternal” Swiss snow are melting faster than 20 years ago, with serious impacts for water supply and tourism.

LONDON, 21 September, 2018 – Parts of Europe’s alpine mountain chain are undergoing accelerating melting, as the “eternal” Swiss snow thaws ever faster, threatening both the skiing industry and the nation’s water supply.

Over a period of only 22 years, thousands of satellite images have provided irrefutable evidence that an extra 5,200 square kilometres of the country are now snow-free, compared with the decade 1995-2005.

Researchers from the University of Geneva and the United Nations Environment Programme have used data from four satellites which have been constantly photographing the Earth from space, compiling a record published by the Swiss Data Cube, which uses Earth observations to give a comprehensive  picture of the country’s snow cover and much else besides, including crops grown and forest cover.

The eternal snow line marks the part of Switzerland above which the snow never used to melt in summer or winter. It is also defined as the area where any precipitation year-round has an 80-100% chance of being snow.

“We have stored the equivalent of 6,500 images covering 34 years, a feat that only an open data policy has made possible”

Other parts of the country, including the Swiss Plateau (about 30% of Switzerland’s area), the Rhone Valley, the Alps and the Jura mountains are also losing snow cover, adding up to the 5,200 sq km total. These areas, below the eternal snow line, have until now usually had lying snow in the winter.

The study was launched in 2016 on behalf of Switzerland’s Federal Office for the Environment. Knowing the extent of snow cover and its retreat is essential for developing public policies, the researchers say.

Beyond the economic issues linked to the threat to ski resorts – a familiar area of concern, heightened by this latest research, as many of them now face shortened seasons or outright abandonment – other problems such as flood risk and water supply are coming to the fore. Snow stores water in the winter for release in spring and summer, for both agriculture and drinking water.

Currently the increasing loss of ice from glaciers in the summer is making up for the missing snow, but previous work by scientists has shown that in the future, when glaciers disappear altogether, Switzerland could face a crisis.

The researchers have relied on the information available from the Data Cube to establish what is happening on the peaks. By superimposing repeated pictures of the same place over one another they have been able to observe small changes over time.

The data was made freely available to researchers. One of them, Grégory Giuliani, said: “We have stored the equivalent of 6,500 images covering 34 years, a feat that only an open data policy has made possible. If we had had to acquire these images at market value, more than 6 million Swiss francs would have been invested.

“Knowing that each pixel of each image corresponds to the observation of a square of 10 by 10 meters, we have 110 billion observations today. It is inestimable wealth for the scientific community.”

Apart from snow cover scientists are worried about many other changes taking place in Switzerland because of climate change. They already know that glaciers are melting at record speeds and plants, birds and insects are heading further up the mountains, but there is much else to be gleaned from the new data base.

The Data Cube offers the possibility of studying vegetation, the evolution and rotation of agricultural areas, urbanisation and even water quality, as satellite images can be used to monitor three essential indicators in lakes and rivers: suspended particles, whether organic or mineral; chlorophyll content; and surface temperature.

The data are freely accessible, not only to scientists worldwide but also to the public, making it easy to compare data for specific areas of the territory at different times. “Our ambition is that everyone should be able to navigate freely in Swiss territory to understand its evolution”, said Grégory Giuliani. – Climate News Network