Posted by Angel on Sunday, 27 May 2012 in Sustainable Development

The Phase out of the Plastic Bag 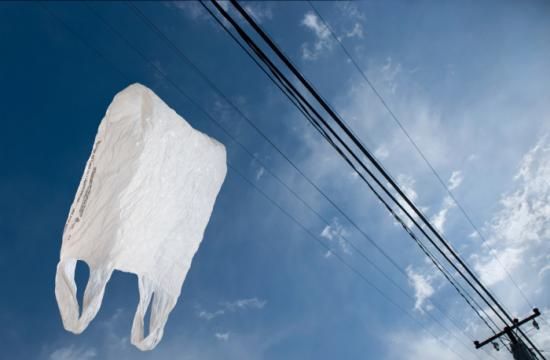 Plastic bags are perhaps the largest source of waste from our modern consumer culture. Stores give them out without question for all products big and small. Later, they can be found littered on the sides of roads and highways, hanging from tree branches, floating in rivers and clogging up our landfills. Now, a new plastic bag ban is set to be imposed by the largest US city to date to do so. This week, the Los Angeles City Council approved plans to phase out plastic bags at about 7,500 stores within the next 16 months.

Behind the push to ban plastic can be found an assortment of environmental advocacy groups, including an outspoken spokesperson in the form of actress Julia Louis-Dreyfus. As a board member of the group, Heal the Bay, she and her fellow board members pressed the important issue of preventing this common pollutant from entering LA's streams, drainiage systems, and eventually the Pacific. Their efforts helped bring the City Council to the landslide vote of 13 for and 1 against.

First step in the ban is conducting a four-month environmental review of the bag ban, starting Wednesday, May 23rd. This will be followed by the implementation of the ordinance. Big stores will have six months to phase out the plastic bags. Small stores will have 12 months to do so.

The banning of paper bags was also considered, but was backed off quietly by the council members. Instead, retailers will be forced to charge 10 cents per paper bag starting one year after the plastic bag ban is enacted. According to Councilman Paul Koretz, city officials would conduct a study in two years to see if the ban should be expanded to include paper.

Fighting the plastic bag ban were employees of plastic bag manufacturers. They pleaded with the council members not to destroy their jobs, saying their families depend on them and their benefits.

However, the advocates of the ban were more numerous and forceful. "Plastic harms our environment. It is a threat to the coastal economy. It is a danger to marine life and it is an unconscionable burden to taxpayers who have to foot the bill for cleanups year after year," said attorney H. David Nahai, a former top executive at the Department of Water and Power.

This move by Los Angeles comes after similar bans have been enacted in San Jose, San Francisco, Long Beach, and dozens of other cities. It would be no surprise to see a such a bill at the California Statehouse in Sacramento at some point in the near future.