Posted by Wolf on Friday, 11 May 2012 in General Environment 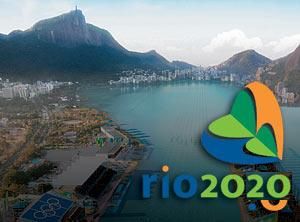 The largest-ever United Nations conference, a summit billed as a historic opportunity to build a greener future, appears to be going up in smoke.

U.S. President Barack Obama likely won't be there, and the leaders of Britain and Germany have bowed out. The entire European Parliament delegation has canceled.

And with fewer than six weeks to go until the Rio+20 conference on sustainable development, negotiations to produce a final statement have stalled amid squabbling. Logistical snags, too, threaten to derail the event.

Though the conference's host city, Rio de Janeiro, is also slated to stage mega-events in the 2014 World Cup final match and the 2016 Olympics, its hotel infrastructure is still woefully lacking. With a total of 33,000 beds for the estimated 50,000-plus visitors expected to flood the city for the June 20-22 summit, the mayor has resorted to asking residents to leave town and rent out their apartments to delegates.

Critics contend such stopgap measures will prove too little, too late.

The conference is the follow-up to the U.N.'s 1992 Earth Summit, also held in Rio, which helped put climate change on the world agenda. Twenty years later, climate change remains such a divisive subject that the anniversary conference will focus instead on the more palatable topic of sustainable development: economic growth that meets humans' present needs without devouring resources to derail the future.

But even that has proven a hard sell.

Talks to hammer out the lion's share of the conference's outcome document have failed. The U.N. announced on May 5 that a last-ditch round of negotiations has been scheduled after two previous ones yielded a rambling, repetitive text.

A U.N. statement quoted Rio+20 Secretary General Sha Zukung slamming the text as "a far cry from the `focused political document'" called for.

Sticking points include fears among developing countries that the conference's environmentalist economic approach could stymie their economic development. Other countries have "voiced concern over accountability and implementation of the commitments made," the U.N. statement said.

"This meeting should be delivering transformational change," said Daniel Mittler, a political director at Greenpeace who is heading the environmental group's 11-strong delegation at Rio+20. "What is on the table is business as usual – completely inadequate goals and a total lack of urgency."

The likely absence of top-tier leaders suggests that many governments have already written the conference off. German Embassy officials in Brasilia said earlier this week that Chancellor Angela Merkel had sent her regrets. As did British Prime Minister David Cameron, a British Embassy spokesman said. However, France's President-elect, Francois Hollande, and Russia's Vladimir Putin will be attending, the Brazilian government said Thursday.

Obama has not yet officially declined the invitation, but a U.S. Embassy spokesman said all indications suggested the president, in the midst of his re-election campaign, would also not attend.

The spiraling cost of accommodations during the conference has prompted other cancellations. The European Parliament scrapped its entire 11-person delegation because of the breathtaking rise in hotel prices, which a spokesman said were 10 times initial estimates.

The average cost of a room in Rio during the conference has risen to $818 per night, according to a report this week by Agencia Brasil, the state-run news agency. And some hotels are taking advantage of the shortage of accommodations by requiring guests to book for an entire week, even if they intend to stay for just three or four nights.

"The huge increase in the estimated cost of attending the summit is simply not justifiable at a time when many Europeans are faced with economic hardship," said Matthias Groote, a German legislator who chairs the European Parliament's environment committee.

In a Twitter post, the man who was slated to head the European Parliament's delegation, Holland's Gerben-Jan Gerbrandy, urged the Brazilian government to "control the costs to avoid a huge failure."

The stratospheric prices could even spell cuts in the Brazilian government's own delegation. Agencia Brasil quoted House leader Marcos Maia as saying that taxpayers wouldn't foot the housing bill for the 100 delegates slated to take part in the conference. Only those who agree to pay for their own lodging would take part, the report said.

Maia also called for a parliamentary investigation into the rise in prices, and Foreign Minister Antonio Patriota told journalists the government was "worried about" it.

"We want Rio+20 to be inclusive," Patriota said, speaking Thursday in the capital, Brasilia.

The logistical meltdown is shaping up as a dress rehearsal for worse problems during the World Cup in 2014, when nearly 80,000 visitors are expected, according to the city's tourism authority. Even more people, some 200,000, are expected to visit the city during the Olympics.

World Cup organizer FIFA has already expressed misgivings about Rio's dearth of hotel rooms, even with hotel construction under way ahead of the 2014 soccer tournament. The Brazilian city is planning to build 17,000 more hotel rooms for the 2016 Olympics, 2,000 more rooms than the city had promised in its bid to host the games.

By comparison, London will offer 110,000 hotel rooms ahead of this summer's Olympics, more than three times Rio's current capacity.

Meanwhile, with a nearly 20,000-bed shortage expected during Rio+20, according to estimates by a group representing Brazil's hotel sector, Mayor Eduardo Paes appealed to citizens to rent out their apartments to delegates.

To facilitate what the city sunnily dubbed "home guest houses," the tourism authority had planned to launch a dedicated website by early April. The website is still not online.

Paes has also pushed to have the conference dates decreed a three-day mid-week holiday, with the closure of schools and public institutions, in a bid get cars off the streets and ease the city's notorious gridlock.

Nikhil Seth, director of the U.N.'s Division for Sustainable Development, defended the government's handling of preparations for the conference, which he said was the largest ever organized by the U.N.

"We were quite happy with all the interaction we had with the local government there and with the central government and the efforts they're making to make the logistics work," Seth said.

Seth insisted that the protracted pre-conference negotiations didn't bode poorly for the success of the event; despite the probable absences of Obama, Merkel and Cameron, it is still expected to attract some 135 heads of state and government or vice presidents, he said.

That could top the 2009 Copenhagen summit, attended by 110 heads of state or government and with about 15,000 delegates.

"Some want to see (the extra round of talks) as a dark cloud that shows the difficulties ahead. But it also shows the importance which all the countries attach to this outcome document and to the conference," Seth said.

For urbanist Vinicius Netto, Rio is once again resorting to stopgap measures instead of investing in lasting solutions.

"Instead of addressing the serious infrastructure problems, including urban mobility, the government is proposing to unplug the city and its economy," said Netto, a professor at the Universidade Federal Fluminense's architecture school.

The official explanations also didn't cut it for Greenpeace's Mittler.

"There is no question that the preparations for this conference have been a shambles in every respect," he said. "It will be very difficult for them to pretend that they have succeeded. But you can be sure that they'll try."