Posted by GreenDog on Wednesday, 26 August 2020 in Mining 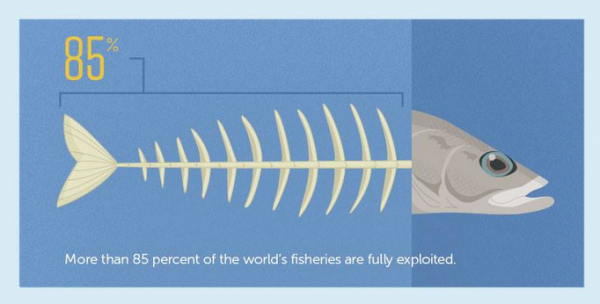 On Aug. 5, 2015, Environmental Protection Agency contractors breached a mine tunnel at the abandoned Gold King Mine near Silverton, sending 3 million gallons of acid mine drainage into the Animas and San Juan rivers.

Word of the spill spread as the yellow plume flowed through the river. Communities from Durango to Aneth, Utah, shut off their irrigation systems, unsure of what contaminants were in the water.

That dealt a devastating blow to Navajo farmers in the middle of the growing season.

Days after the spill, farmers in three states lined up at tanks provided by local and federal agencies to get water for crops and livestock. But for many, the water was too little, too late.

“We lost our alfalfa fields,” Yazzie said. “With other things like melons and corn, we had to make the hard decisions of which crops do we want to save. That was heartbreaking.”

The EPA, Navajo Nation EPA, and New Mexico Environment Department tested for heavy metals along the river in the weeks after the release.

Once agencies reported that heavy metal concentrations left behind by the spill did not exceed state and federal limits, irrigation resumed along the river.

But the Shiprock community voted not to irrigate from the river for the rest of the season.

“Our elders, as culturally connected as they are to the land and the water, that was really traumatic for them to know that the water’s damaged,” Yazzie said. “It’s been pretty well substantiated that none of that heavy contaminated water got into the irrigation system and onto the farms. But we’re often distrustful as Native people of anything that comes from outside institutions.”

“It was such a broken chain of communication between the states and government agencies,” said Francis, who is Navajo. “The phrase that stuck was the ‘Contanimas River.’ Part of our work here is to help answer scientific questions for the farmers, and return people to the rich history of agriculture here that’s centuries, if not thousands of years old.”

Farmers can have their soil tested for free at the NMSU Ag Center, which Francis said helps bring peace of mind about growing crops after the spill.

The team collected samples before and after the plume reached the region.

Multi-agency tests for heavy metals like arsenic, zinc, manganese, copper and lead largely showed that post-spill water quality meets standards for drinking water and agricultural use. In an NMSU study of crops grown with the affected water, two out of 30 corn samples had lead levels above allowable limits.

The NMSU team has presented findings at community meetings alongside a team of Indigenous researchers as part of the Gold King Mine Spill Diné Exposure Project.

In 2016, Congress approved the Water Infrastructure Improvement for the Nation Act (WIIN). With that legislation came $20 million for the EPA, states and tribes to monitor the effects of the Gold King spill and decades of mining activity.

“There is still an issue with lead being high in the river when the flow is surging,” said Dennis Mc-Quillan, New Mexico Environment Department Science Coordinator.

“We think there is residual contamination from Gold King in the watershed. … A lot of mines have chemical fingerprints in regards to metals, so we may be able to tease out specific contributions from mines.”

As the plume reached the confluence of the Animas and San Juan rivers a few days after the spill, the City of Farmington closed off river intakes that supply municipal drinking water. The city operated with reserves from Farmington Lake.

Water quality monitors are now connected to a computer system that can shut off intakes when heavy metal levels rise in the Animas.

But in recent years, lead levels in the Animas sometimes exceed standards for aquatic life, McQuillan said, and NMED may propose listing the river as impaired.

Residents along the river rushed to buy bottled water for drinking and irrigating in the days after the spill, said Lynlaria Dickson, now the Upper Fruitland Chapter president on the Navajo Nation.

Many farmers hauled water from their own homes in an attempt to keep crops alive.

After three weeks without consistent irrigation water, and still wary of pollutants, Dickson and her family said “prayers and goodbyes” to the crops in their fields.

“That was the hardest thing to do as a farmer, to sacrifice our plants,” she said.

The family, like several others in the region, chose not to farm the following year. The sight of the yellow plume flowing through the river, a sacred cultural resource for centuries of Indigenous people, had done its damage. Now, Dickson and her family spread out their planting times, just in case another spill like Gold King were to happen.

“We need this water to live and to help our crops,” Dickson said. “This is our way of life. The Indian corn, we use that for several ceremonies. A lot of our Navajo people rely on the corn to get through the winter months.”

For Shiprock farmer Beverly Maxwell, choosing to plant the year after the spill was a difficult decision.

She worries about how some other farmers are still afraid to plant, and says they weren’t provided consistent information about submitting financial compensation forms to the EPA or seeking legal counsel.

“No outside entity can ever truly realize the impact this had as an Indigenous farmer,” Maxwell said. “That sense of balance, whether it’s financial or spiritual, is still unbalanced, and no amount of monetary compensation can ever right that.”

A language barrier complicates the communication of scientific findings and legal proceedings. Many terms for units like parts per million, often used to measure heavy metals, do not exist in the Navajo language.

Many consumers are still hesitant to buy produce from the region affected by Gold King, despite agencies’ assurances and preliminary data showing that the irrigation water is safe.

Trini King moved back to her hometown of Shiprock after the spill. She took on the manager role for the Shiprock Farmers Market, which had stopped for three years because of the disaster.

The newly-revived market showcases flyers with EPA and local data emphasizing that water and produce are safe after the spill.

“It took our farmers a long time to get back into farming again, to revitalize their fields and their soil,” King said. “To still have a consumer say it’s not safe, it’s a little depressing for a farmer after all that hard work.”

To combat the stigma, NMED has launched a campaign encouraging residents to buy the local produce.

“We had dairymen in southern New Mexico who wouldn’t buy alfalfa if it was grown in the Animas Valley, because of the perception of contamination,” McQuillan said. “But now we have at least three years of data showing that is unfounded.”

New Mexico, Utah and the Navajo Nation have all sued the U.S. EPA, the contractors and regional mining companies for economic damages related to the spill.

The state has argued that Gold King tarnished the reputation of fishing in New Mexico and resulted in the loss of millions of dollars in economic activity.

“The release eroded the public’s confidence in these waters: many businesses along the riverfront lost customers; others were forced to close,” the original lawsuit reads.

Several lawsuits related to the spill allege that the EPA was well aware of the blowout potential at the shuttered Gold King Mine.

Hundreds of Navajo farmers, who say they have not received responses to their economic damage claims, also filed a class-action lawsuit. The suit says the spill resulted in economic hardship and “great spiritual and emotional distress.” The document also claims that EPA and the contractors “wantonly and negligently failed to promptly inform downstream jurisdictions about the massive release of toxic, contaminated water headed toward their communities.”

But progress has been slow, and several lawsuits have been consolidated. The state of New Mexico prevailed on all motions defendants filed to dismiss the lawsuit, said NMED lawyer Annie Max-field. A judge has indicated that the parties should be prepared for a trial in August of next year.

“New Mexico is still doing everything we can to hold responsible the entities that contributed to and caused the spill,” Maxfield said. “We are determined … to make the state whole again.”