Posted by Wolf on Tuesday, 29 November 2011 in Climate Change 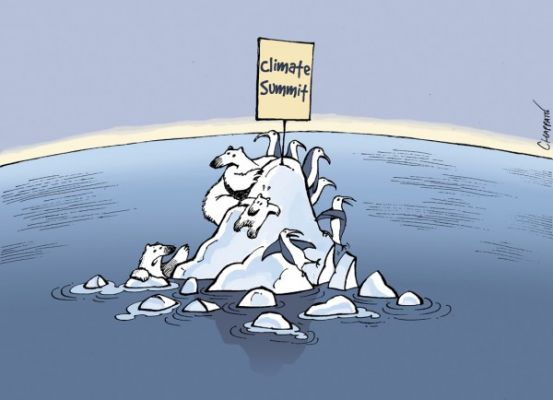 Despite non-record temperatures this year, the Earth's surface is continuing to get warmer, according to the World Meteorological Organization (WMO).

In its annual briefing to the UN climate summit, the agency says 2011 is so far the 10th warmest year on record.

But continued warming was masked by cooling La Nina conditions, it adds.

At the summit itself, in the South African city of Durban, delegates discussed Monday's news that Canada may formally renounce the Kyoto Protocol.

The government is concerned that its economic development could be hindered if it takes stronger action on greenhouse gas emissions than the US, its main trading partner.

The developing world is split between countries that share Canada's concern that curbing emissions could damage economic competitiveness, and those that insist curbs are absolutely necessary in order to safeguard their existence against projected climate impacts such as sea level rise.

The WMO briefing will not have given comfort to any delegates hoping that the slowdown in temperature rise observed over the last decade meant global warming had stopped.

Although provisional figures put 2011 as only the 10th warmest on record, the WMO says it has been hotter than any previous year on record that experienced such strong La Nina conditions.

This year's La Nina conditions were also associated with droughts in East Africa, Pacific islands and the southern US, and flooding in southern Africa, eastern Australia and southern Asia.

The agency also points out that the 13 warmest years on record have all occurred in the 15 years since 1997, and that the summer Arctic melt saw sea ice decline to the smallest volume on record.

"Our science is solid, and it proves unequivocally that the world is warming and that this warming is due to human activities," said WMO secretary-general Michel Jarraud.

"Concentrations of greenhouse gases... are very rapidly approaching levels consistent with a 2.0-2.4C rise in average global temperatures, which scientists believe could trigger far-reaching and irreversible changes in our Earth, biosphere and oceans."