Posted by GreenDog on Friday, 08 January 2021 in Climate Change 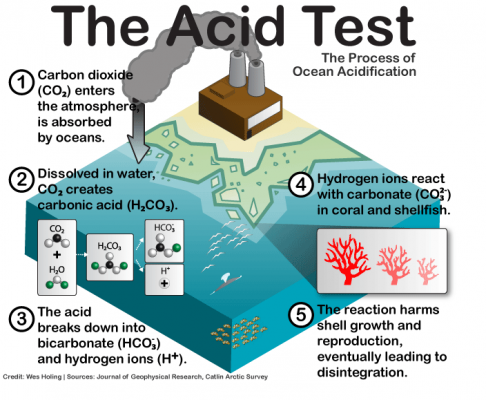 The nitrous oxide emissions from hundreds of chemical plants globally, 300 times more warming than carbon dioxide, are the greenhouse equivalent of 45 million cars.

The Navoiyazot chemical plant in Navoiy, Uzbekistan uses a chemical reactor to eliminate 97 percent of its emissions of nitrous oxide, a potent greenhouse gas. Credit: Casale

The Donaldsonville Nitrogen Complex in Donaldsonville, Louisiana, and the Navoiyazot chemical plant in Navoi, Uzbekistan, have a lot in common. Both tap an abundance of low-cost natural gas to produce nitric acid, a chemical used to make fertilizer, and both have invested hundreds of millions of dollars in their plants in recent years to boost fertilizer exports.

When viewed through a climate lens, however, the difference between the two plants is stark.

The Uzbek plant employs low-cost, state-of-the-art abatement technology that reduces 97 percent or more of its emissions of nitrous oxide, a potent greenhouse gas and an unwanted byproduct of nitric acid production. The U.S. plant reduces approximately one quarter of its total nitrous oxide emissions using alternative abatement technology that was installed primarily to reduce other pollutants.

In 2019, the Donaldsonville plant released 6,665 tons of nitrous oxide into

theatmosphere, according to information plant owner CF Industries submitted to the

Environmental Protection Agency.  That is equal to the annual greenhouse gas emissions

Nitrous oxide, or N2O, the “laughing gas” long administered by dentists, is a climate super-pollutant nearly 300 times more warming of the planet than carbon dioxide. Emissions of the gas, which do not cause local health impacts, are unregulated in most countries, including the United States and Uzbekistan.

The divergent paths the plants’ owners have chosen to address N2O emissions highlight how global climate policies have largely failed to address an easy, low-cost fix that could dramatically curb global greenhouse gas emissions. The Uzbek plant also shows how some of the world’s poorest countries, aided by the German government, may soon surpass the U.S. in efforts to mitigate a potent greenhouse gas.

In December 2015, at the Paris climate conference, the German Ministry of Environment launched an ambitious, though little-known, effort to help countries around the world mitigate nitrous oxide emissions from nitric acid plants.

There are approximately 580 nitric acid plants worldwide, only about a quarter of which abate their nitrous oxide emissions, according to an estimate by the Nitric Acid Climate Action Group of the German Corporation for International Cooperation, a government agency overseeing the mitigation effort.  The remaining 75 percent of plants worldwide collectively emit around 700,000 tons of nitrous oxide per year, equal to the annual emissions of roughly 45 million cars, according to the group.

The German effort seeks to have the majority of these plants reducing their collective emissions by 90 percent or more in the next four years.

“The vision is ambitious, but it’s also necessary to limit global warming to 2 degrees or less, and it is not unrealistic,” said Malte Plewa, an advisor to the German Corporation for International Cooperation. “This is really a low hanging fruit. It is a cheap and cost effective, no-regret sector where you can easily mitigate a substantial amount of greenhouse gas emissions.”

Chemical reactors that treat emissions from nitric acid plants can reduce 97 percent or more of the plants’ emissions at a cost of $1 to $5 per metric ton of carbon dioxide equivalent. By comparison,  retrofitting existing coal plants with carbon capture and storage technology to reduce greenhouse gas emissions would cost more than $80 per ton.

The Nitric Acid Climate Action Group (NACAG) will provide funding and technical assistance to developing countries interested in abating nitrous oxide emissions from their nitric acid plants.  The group has identified 30 countries that meet their eligibility requirements, 14 of which have expressed interest in participating, including Uzbekistan. The Navoiyazot plant there began abating nitrous oxide emissions on its own and is not part of the German initiative.

Notably absent from the list of eligible countries is China. In the early 2000s, China benefited more than any other country from a United Nations program that incentivized nitrous oxide emissions reductions from nitric acid plants. In China alone, 18 nitric acid plants destroyed tens of thousands of tons of nitrous oxide through a U.N. program known as the Clean Development Mechanism, according to United Nations Environment Programme data.

Those emission reductions were then sold to developed countries as carbon offsets, resulting in windfall profits for the Chinese plants. While exact revenue figures remain confidential, some of the plants likely made tens of millions of dollars destroying nitrous oxide, far more than the cost of abatement technology.

However, after funding for the program dried up in 2012, the plants that had been abating for years stopped reporting their emissions reductions to the U.N. and likely stopped abating, according to NACAG.

Dozens of other Chinese plants that had just installed or were in the process of installing the technology when funding was reduced never reported emissions reductions and likely never operated their abatement reactors.

NACAG seeks to ensure that what happened in China and elsewhere under the U.N. abatement program will not be repeated under the German government’s efforts. The new initiative will provide funding for emissions abatement technology as well as ongoing operations and maintenance costs to participating plants through 2024. However, as part of the agreement, countries must commit to enacting regulations that require the plants to continue abating their nitrous oxide emissions after support from the German government stops.

“The whole idea was to come up with a concept that would lead to sustainable results,” Volker Schmidt, an advisor to German Corporation for International Cooperation, said. “It was from the beginning meant to incentivize long term mitigation action.”

The initiative will also provide a limited amount of money through 2024 to incentivize plants in eligible countries to use, or restart, installed abatement technology. The German government is also offering technical support to China and other countries that are not eligible for funding.

“Every country that is taking climate negotiations seriously and that wants to contribute to mitigation, sooner or later they will realize that it definitely makes sense to [address] these emissions from nitric acid production,” Schmidt said.

The US Lags Behind in Emissions Controls

With developing countries embracing German support and many developed countries addressing the issue, the United States could increasingly become an outlier in failing to address nitrous oxide emissions from nitric acid.

The U.S. government doesn’t regulate or encourage nitrous oxide emissions reductions from chemical plants. Some plants have voluntarily initiated abatement measures and sell carbon credits to other businesses looking to offset their own emissions. The amount of money nitric acid producers can make on these markets, however, is relatively low, and most plants do not participate.

In 2009, Vermont Law School’s Environmental and Natural Resources Law Clinic sued the EPA on behalf of the Environmental Integrity Project and the Sierra Club in an unsuccessful effort to try to force the agency to set standards that would regulate N2O emissions from nitric acid plants.

The Fertilizer Institute (TFI), an industry group representing nitric acid fertilizer producers, later stated in its 2011 annual report that it had kept the EPA, “through TFI’s extensive lobbying and regulatory efforts,” from adopting a standard for reducing nitrous oxide emissions by nitric acid plants.

The organization preferred to give its member companies the opportunity to voluntarily reduce emissions. At the time, five nitric acid plants were voluntarily abating, reducing their emissions by a total of 8,700 tons of nitrous oxide per year.

This demonstrates “that the industry is voluntarily reducing N2O emissions and that, as a result, EPA properly exercised its discretion not to propose a N2O standard,” William Herz, TFI’s then vice president of scientific programs, stated in written comments submitted to the agency.

Since 2011, at least two more plants have begun to abate at least some of their emissions. One of them is the Donaldsonville Nitrogen Complex in Donaldsonville, Louisiana, which treats emissions from one of the facility’s four nitric acid production lines.

The remaining emissions from the Donaldsonville plant, and all other nitric acid plants in the U.S., totaled 34,000 tons of nitrous oxide in 2019, according to data self-reported by the plants to the EPA.  That is equal to the annual greenhouse gas emissions of 2.2 million automobiles.

The Donaldsonville plant is the largest emitter.

CF Industries, the owner of the plant, declined to comment other than to note that they have set a goal to reduce total CO2 equivalent emissions by 25 percent by 2030 and achieve net-zero carbon emissions by 2050.

In a recent financial report, the company said that more stringent greenhouse gas  regulations, “if they are enacted, are likely to have a significant impact on us, because our production facilities emit GHGs such as carbon dioxide and nitrous oxide.”

The company said that “to the extent that GHG restrictions are not imposed in countries where our competitors operate or are less stringent than regulations that may be imposed in the United States, Canada or the United Kingdom, our competitors may have cost or other competitive advantages over us.”

Eric Schaeffer, executive director of the Environmental Integrity Project, one of the environmental organizations that filed the 2009 lawsuit against the EPA to try to require nitrous oxide regulations, said that if developing countries can move forward on emissions reductions, the U.S. can too.

“Getting whipped by Uzbekistan is pretty bad,”  Schaeffer said. “We ought to be able to hold our own against the old Soviet Republics.”