Posted by GreenDog on Tuesday, 12 January 2021 in Environmental Heroes

Inside the CIA, she became a spy for Earth 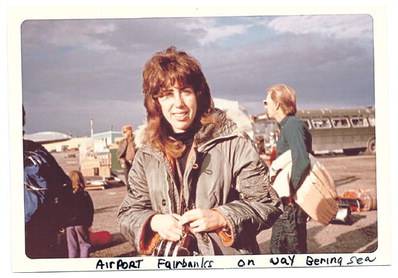 Linda Zall played a starring role in U.S. science that led to decades of major advances. But she never described her breakthroughs on television or had books written about her or received high scientific honors. One database of scientific publications lists her contributions as consisting of just three papers, with a conspicuous gap from 1980 to 2020.

The reason is that Zall’s decades of service to science were done in the secretive warrens of the CIA.

Now, at 70, she’s telling her story — at least the parts she is allowed to talk about — and admirers are praising her highly classified struggle to put the nation’s spy satellites onto a radical new job: environmental sleuthing.

Zall’s program, established in 1992, was a kind of wayback machine that looked to as long ago as 1960. In so doing, it provided a new baseline for assessing the pace and scope of planetary change. Ultimately it led to hundreds of papers, studies and reports — some classified top secret, some public, some by the National Academy of Sciences, the premier scientific advisory group to the federal government. The accumulated riches included up to six decades of prime data on planetary shifts in snowfall and blizzards, sea ice and glaciers.

“None of this would have happened without her,” said Jeffrey K. Harris, who worked with Zall as director of the National Reconnaissance Office, which runs the nation’s fleet of orbital spies. “You have to decide if you’re going to break down the wall or climb over it, and she did a little bit of both.”

The top-secret images that Zall succeeded in repurposing for environmental inquiries came from satellites that were some of Washington’s crown jewels. The spy satellites would zero in on such targets as deadly weapons and render images that in some cases were said to be good enough to show a car’s license plate.

An accident of fate let the fleet assess a top environmental concern — the extent to which vast expanses of Arctic and Antarctic ice were retreating. Many spy satellites orbit on north-south paths that pass close to the poles so that, as the planet turns, the vast majority of Earth’s surface passes beneath their sensors over the course of 24 hours. Thus, their many paths converge near the poles.

Spies had little use for sweeping Arctic and Antarctic images. But they dazzled environmentalists because the Earth’s poles were fast becoming hot spots of global warming and melting ice.

“It gave us the first real measurements of the ice budget — how much loss you have from season to season,” said D. James Baker, who directed the National Oceanic and Atmospheric Administration from 1993 to 2001 and served on Zall’s CIA advisory panel.

Zall’s environmentalism for the CIA began in 1990 when Al Gore, then a Democratic senator from Tennessee and now a leading climate-change activist, wrote a letter asking the agency to examine whether the nation’s spy fleet might address environmental riddles. The agency put Zall onto the question. Quickly, she saw how the nation’s archive of surveillance observations also could serve to strengthen assessments of Earth’s changing environment.

“I worked night and day,” Zall recalled. “I was fascinated.” The secret information, she added, boded well “for all the things I loved.”

Zall came to the CIA in 1985 — a bruising last chapter of the Cold War — and U.S. satellites were playing outsize roles in scrutinizing Moscow. She used her skills to improve the analy- sis of reconnaissance images and to plan new generations of spy satellites.

Then, in late 1991, the Soviet Union disintegrated. Its collapse diminished not only a main threat to Washington but also a top rationale for maintaining a fleet of costly spy satellites.

Zall provided answers. She wrote a highly classified report describing what the secret reconnaissance could do for Earth science.

By October 1992, the CIA was so confident in the ability of spy satellites to solve environmental mysteries that it established a large task force. Zall was put in charge. In the face of some bureaucratic foot-dragging, she named her group Medea, after the headstrong character of Greek mythology who let nothing stand in her way.

As Medea picked up speed, Zall found herself deeply involved with an old foe. As part of the post-Cold War thaw, the Clinton administration wanted to engage Russia with new projects and better relations. The Soviets, it turned out, had amassed a treasure of Arctic ice data.

The negotiations to share the trove involved top officials from both sides, starting with Zall.

In 1995, Medea was the driving force when President Bill Clinton ordered the declassification of more than 800,000 spy-satellite images, including mapping and surveillance ones.

Medea also fostered a parallel movement for the Navy to release once-secret information that illuminated inner space — the ocean’s sunless depths. In late 1995, a new map of the seabed was unveiled that bared riots of deep fissures, ridges and volcanoes. “This was the first, uniform map of the global seafloor,” said John A. Orcutt of the Scripps Institution of Oceanography in San Diego.

President George W. Bush’s administration and conservatives in Congress, questioning the scientific consensus on global warming, let Medea languish for many years. But in late 2008 it was revived.

Zall then focused on how Earth’s changing environment would most likely prompt security issues and crises.