Posted by amir on Friday, 25 November 2011 in Climate Change 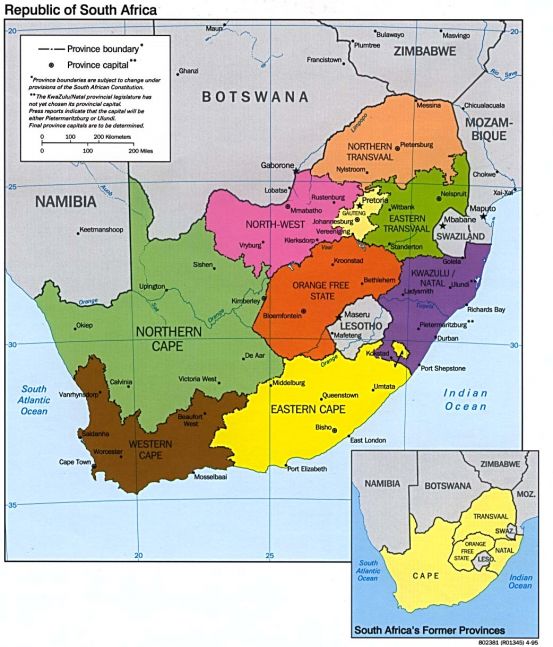 JOHANNESBURG — Imagine the savannas of South Africa's flagship Kruger Park so choked with brush, viewing what game is left is nearly impossible. The Cape of Good Hope without penguins. The Karoo desert's seasonal symphony of wildflowers silenced.

Climate change could mean unthinkable loss for South Africa, which hosts talks on global warming that will bring government negotiators, scientists and lobbyists from around the world to the coastal city of Durban next week.

Change is, of course, part of the natural world. But the implications of so much change happening at once pose enormous questions, said Midgley, who has contributed to the authoritative reports of the United Nations' Nobel Prize-winning Intergovernmental Panel on Climate Change.

In the Karoo, for example, where plants found nowhere else in the world have adapted to long, dry summers and winter rainfall, the weather pattern is changing.

Scientists have noted large die-offs linked to the stress of drought among one iconic Karoo denizen, the flowering quiver tree, a giant aloe that often is the only large plant visible across large stretches of desert. Quiver trees attract tourists, and insects, birds and mammals eat their flowers.

"Any change in climate is going to affect the flowers," said Wendy Foden, a southern African plant specialist with the International Union for Conservation of Nature.

Barend Erasmus, an ecologist at Johannesburg's University of the Witwatersrand, worked on some of the first efforts to model how Africa might be affected by climate change. He led a 2001 study that raised the possibility that up to two-thirds of the species studied might disappear from Kruger National Park.

Research done since has made Erasmus less fearful for Kruger's animal population. But he predicts profound effects should a changing climate encourage the growth of thick shrubs, squeezing out zebra, antelope and cheetah.

Already, he said, zebra and wildebeest numbers are declining in Kruger as their grazing areas disappear. The question is how much of the cause is due to high concentrations of carbon dioxide, and how much depends on other factors, including man's encroachment.

Offshore, penguin expert Rob Crawford has looked at changes in the breeding grounds of African penguins and other seabirds, noting South Africa's northernmost penguin colony went extinct in 2006. Crawford and his colleagues wrote in a 2008 paper that the movements "suggest the influence of environmental change, perhaps forced by climate."

The African penguin, also known as the jackass penguin because of its braying call, is found only in southern Africa. A colony near Cape Town has long been a tourist draw.

One penguin parent stays behind to nest and care for offspring, while the other seeks food for the family. If the hunting partner is away too long, the nesting parent has to abandon the chick – or starve. Species like sardines, on which the penguins depend, have been displaced.

"If they don't have sardines, they can't feed their chicks," Erasmus said. "And eventually the colonies just disappear."

The numbers of African penguins have plummeted from up to 4 million in the early 1900s to 60,000 in 2010, according to the Southern African Foundation for the Conservation of Coastal Birds. Researchers blame humans, who collected penguin eggs for food until the 1960s. More recently, a new threat came with oil spills and commercial fishing's competition for anchovies and sardines.

Erasmus said more research needs to be done, including studies on how plants and animals react to extreme conditions.

A colleague at his university, Duncan Mitchell, has taken up the challenge by tracking and studying antelope living in one of the hottest and driest corners of South Africa.

"We're hoping to find that they have a capacity to deal with water shortage that they're not having to use at the moment," Mitchell said.

"Climate change is going to happen," Mitchell said, adding it's already too late to influence temperatures and water levels over the next four decades. "What needs to be researched is coping with unmitigated climate change."

Coping might involve moving vulnerable animals to cooler habitats – or ensuring they're not so hemmed in by human settlements that they cannot migrate on their own. Park rangers may have to work harder to remove trees to protect savannas. The South African government has called for expanding gene banks to conserve vulnerable species.

Sarshen Marais, a policy expert for Conservation International, says the work her organization is doing to eradicate foreign plants and help farmers better manage their land and water has gained importance.

Climate change experts fear water could become even scarcer in the future, but farmers can take steps that will help cash crops as well as wildlife. Conservation International has encouraged local communities to cut down thirsty foreign plants and sell the debris for fuel, allowing impoverished South Africans to earn while they save native species that are losing in the competition for water.

Researcher Erasmus acknowledges that in a developing country like South Africa, it can be hard to prioritize the plight of plants and animals. But he said an economic argument can be made, including the impact on people living in savannas who supplement their diets with small birds, other animals and wild greens, and who make money selling native fruits.

Tourism also is a consideration.

"Kruger is a cash cow for the whole of SANParks," he said, referring to the national parks department.

Foden, the plant specialist, said that when she thinks of her native South Africa, she thinks of wide spaces filled with a stunning diversity of plants and animals.

"If we were to lose that," she said, "we would lose so much of our identity."