Posted by Wolf on Thursday, 15 March 2012 in Ocean/Seas/Coastlines 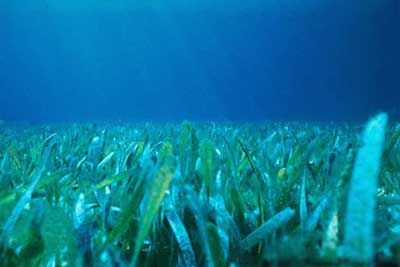 The Center for Biological Diversity filed a formal notice of intent to sue the National Marine Fisheries Service today for failing to develop a recovery plan for two species of coral, elkhorn and staghorn, that live off the coast of Florida and in the Caribbean. Although these corals have been protected under the Endangered Species Act since 2006, the Fisheries Service still has not yet developed a crucial, and legally required, recovery plan to avoid extinction and secure their future survival.

“These elegant corals are heading toward an ugly end if we don’t act soon,” said Miyoko Sakashita, oceans director at the Center. “We need to start with halting their decline — only then will corals have a chance.”

Following a petition from the Center, elkhorn and staghorn corals in 2006 became the first species to be protected under the Endangered Species Act due to the threat of global warming and ocean acidification.

Reefs in Florida and the Caribbean were once dominated by the beautiful, branching staghorn and elkhorn corals. In a few short decades, these corals have declined by more than 95 percent. Unusually warm waters have caused bleaching and mass mortality of elkhorn and staghorn; pressures from disease, fishing and pollution also have led to coral decline. And Caribbean waters are rapidly turning more corrosive because of ocean acidification.

“If we want to bring our oceans’ rich coral reefs back to life, we’ll need to take really decisive action to reduce greenhouse gas emissions. Otherwise that pollution will wipe out the reefs by mid-century,” said Sakashita.

Recovery plans are the main tool for identifying actions necessary to save endangered species from extinction and eventually be able to remove their protection under the Endangered Species Act. Species that have had dedicated recovery plans for two or more years are far more likely to be improving than those without recovery plans. The timely development and implementation of a plan is critical to saving elkhorn and staghorn corals because it will specifically identify what’s necessary to save them, such as habitat restoration and protection.

Today’s 60-day notice of intent to sue is a prerequisite to filing a lawsuit under the Endangered Species Act.