Posted by GreenDog on Monday, 12 July 2021 in Lakes/Rivers/Wetlands 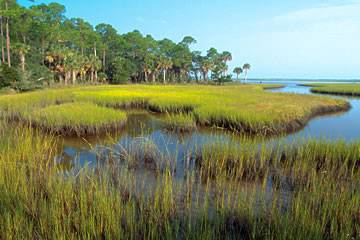 **Este artículo se puede encontrar en español**Years of reduced inflows, along with drought and a warming climate, have caused the Sea to shrink, exposing dry lakebed -- or playa -- that sends clouds of irritating dust towards surrounding communities, causing increased rates of respiratory diseases. Rising salinity levels have killed off most of the lake’s fish, an important food source for many species of migratory birds.

But while the U.S. federal government owns more than 40 percent of land in and around the Sea, the 1992 federal Reclamation Projects Authorization and Adjustment Act severely limited its ability to participate in restoration efforts run by California’s Salton Sea Management Program.

Frank Ruiz, Salton Sea Program Director for Audubon California, testified on June 29 on the bill, Audubon's decades of experience working at the Sea, and the effects of its decline on surrounding communities.