Posted by GreenDog on Monday, 13 September 2021 in Animals

The grooviest cocoons in the insect kingdom 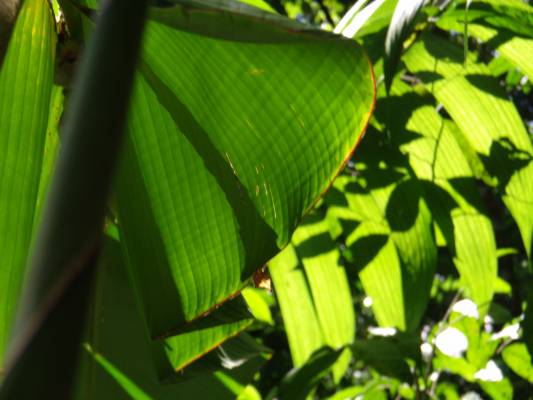 Adult paper wasps are capable builders, painstakingly mouth-crafting nests out of plant matter and spit. But they start out as larvae that carry out construction projects of their own.

Just before these youngsters begin a metamorphosis into maturity, most paper wasp larvae sequester themselves in special nest compartments with woven seals called cocoon caps, which they make out of silk threads.

There on the cusp of adulthood, the larvae may add a bit of dorm room flare. The cocoon caps of several paper wasp species, relatives of some you may see in your yard, fluoresce yellow-green under ultraviolet light and lend the whole nest a groovy glow.

This fluorescence, described for the first time last week in the Journal of the Royal Society Interface, can be unusually bright: The silk of a species, Polistes brunetus, found in Vietnam’s forests, glows three times brighter than the most fluorescent terrestrial animal previously known. The discovery adds to a growing pantheon of surprising examples of natural fluorescence — and to the mystery of what purposes, if any, these light shows serve.

Ultraviolet, or UV, light has too high of a frequency for people to see. Fluorescent pigments and other molecules take in this light and then emit it back as visible wavelengths. People harness this power to throw blacklight parties and brighten white Tshirts. Animals in the ocean use it to lure prey.

Fluorescence in terrestrial animals is more perplexing, and seems to be rarer. But it can be hidden in plain sight: In recent years, people have spotted a number of previously unknown instances, such as glowing platypuses and flying squirrels, by simply waving UV lights around in backyards, zoos and natural history museums.

Bernd Schöllhorn, a chemistry professor at the University of Paris, was wielding his UV flashlight in the Cuc Phuong rainforest south of Hanoi when its beam landed on a paper wasp nest. It shone back so brightly, he said, that he thought another person had turned their own flashlight beam on him.

With the help of Lien Thi Phuong Nguyen, a wasp expert at the Vietnam Academy of Science and Technology, Schöllhorn collected nests from several paper wasp species around Vietnam. He then examined them with colleagues at the Paris Institute of Nanosciences, alongside the nests of species from France and French Guiana.

Measuring the ratio of how much UV light something takes in versus how much visible light it emits is “a good way to evaluate the intensity” of fluorescence, Schöllhorn said. P. brunetus nests returned 35% of the light they absorbed — about three times more than the most intensely fluorescent land animals previously known, a green Namibian gecko and a frog from Argentina that glows mint blue.

If you land a UV flashlight on a P. brunetus nest in the forest, “it’s really flashy,” like a bicycle reflector, Schöllhorn said. (Even in regular daylight, its color appears somewhat amped up, like a tennis ball.) Another species of paper wasp the group studied demonstrated intensity more on par with the Argentine frog, while others showed weaker fluorescence or none at all.

The question is whether this flashiness has a function. The team proposed several possibilities: A fluorescent nest may improve camouflage in bright leaves, or serve as a homing beacon as wasps return in the evenings after foraging. Or it could signal bigger, predatory wasps to stay away, Nguyen said. Fluorescent compounds can also help shield living things from the harmful effects of UV rays — the same that cause skin damage to people — by absorbing them. Perhaps a fluorescent cocoon cap keeps UV out while enhancing light signals necessary for metamorphosis, Schöllhorn said. Like many earlier fluorescence studies, this one is “exciting” but inconclusive, said Tim Caro, a professor of evolutionary ecology at the University of Bristol in England who was not involved with the research.