Posted by GreenDog on Monday, 15 November 2021 in Air Quality
Featured 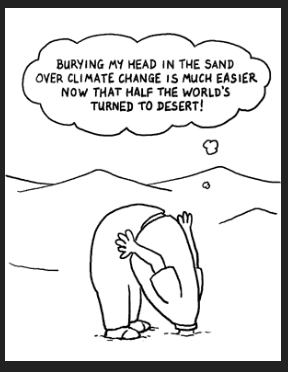 In the Indian capital, it is that time of the year again.

The city’s air quality index fell into the “very poor” category on Sunday, according to SAFAR, India’s main environmental monitoring agency, and in many areas levels of the deadly particulate matter reached around six times the global safety threshold.

Among the many Indian cities gasping for breath, New Delhi tops the list every year. The crisis deepens particularly in the winter when the burning of crop residues in neighboring states coincides with cooler temperatures that trap deadly smoke. That smoke travels to New Delhi, leading to a surge in pollution in the city of more than 20 million people and exacerbating what is already a public health crisis.

The New Delhi government on Saturday ordered the closing of schools for a week and construction sites for four days beginning Monday. Government offices were also told to shift to work from home for a week to reduce the number of vehicles on the road.

The capital’s top elected leader, Arvind Kejriwal, said a complete lockdown of the city was likely but the decision would be taken after consultation with the federal government.

India’s pollution problems are not limited to the capital.

Emissions from industries with no pollution control technology and coal, which helps produce most of the country’s electricity, have been linked to the bad air quality in other urban areas.

India’s energy needs are expected to grow faster in the coming decades than in any other country. A part of that demand is expected to be met by dirty coal power, a key source of carbon emissions that pollute the air.

That’s why on Saturday, India asked for a last-minute change to the final agreement at crucial climate talks in Glasgow, Scotland, calling for the “phase down” not the “phase out” of coal power.

Indian Environment Minister Bhupender Yadav argued against a provision on phasing out coal, saying that developing countries were “entitled to the responsible use of fossil fuels.”

Many experts criticized this move. They worry it has weakened the final agreement and could also hamper India’s fight against climate change and worsening air quality.

“It is not at all desirable,” said Samrat Sengupta, the program director for climate change and energy at the Centre for Science and Environment think tank. But he also said India needed enough “carbon space” in the atmosphere for its developmental needs to coexist with the global ambition of limiting warming to 1.5 degrees Celsius (2.7 degrees Fahrenheit) since pre-industrial times.

“Phasing out coal is technically impossible at the moment. None of the scenarios can project India will be having zero dependencies on coal by 2050,” Sengupta said.

Last week, Prime Minister Narendra Modi announced that the country would aim to stop adding greenhouse gases to the atmosphere by 2070 — two decades after the U.S., and at least 10 years later than China.