Posted by bchristo on Friday, 04 November 2011 in Climate Change

Can We Blame Philly's Extreme Weather on Global Warming? 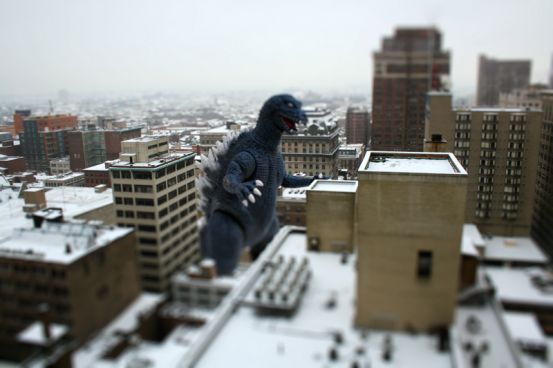 It is unbelievable! The chance of it happening by chance is microscopically small! But there’s a simple, easy explanation it happening. We’re talking about the many all-time records of extreme weather we’ve seen in Philadelphia in less than three years.

Some of these all-time records were not broken by just a few percent, as is usually the case, but by 60-percent! I’ve been a meteorologist for nearly 40 years, and have never seen anything like this! In fact, I wouldn’t have believed such a thing was even possible in so short a time. But it did happen.

How can we explain such an amazing number of extremes? Remember, this is just for Philadelphia, and there have been similar multiple all-time records set over other parts of the country and elsewhere in the world. What is going on?

In science, we try to explain every unknown. Sometimes we can’t, and we have to settle for answering “we don’t know” to certain questions. There’s a difference between a credible explanation and proof, though, and we don’t need absolute proof to explain things.

The first step is to see if there are any similarities in most or all of the records. In this case, ALL of the records involve HEAT and/or MOISTURE.

What about the snow? That’s the moisture part. While we haven’t seen cold temperature records, we have seen higher amounts of snow in the storms that have occurred. It’s just a colder version of the extreme rainfall and flooding we’ve seen. The common element is an increase in WATER VAPOR, which has been measured to have increased worldwide in recent decades.

So, the ONLY reasonable explanation is that “global warming” is having some effect on this extreme weather. Computer models (and simple meteorological logic) have shown for a long time that higher carbon dioxide levels in the atmosphere would lead to more heat and more water vapor.

I even believe our record October snowstorm is more evidence of global warming rather than the opposite, which would seem more logical (how many times have you heard skeptics say that a snowstorm or snowy winter refutes global warming?)

But from a meteorological perspective, that super-warm ocean next to us led to an increase in moisture, which then led to higher precipitation amounts. If the atmosphere is just cold enough, that’s snow rather than rain. Notice, the significant snow did not reach the coast, due to the warm ocean being so close. This isn’t just “Monday morning quarterbacking”, since I even predicted this before the storm-that the warm ocean would lead to more snow than the computers suggested.

I know there are a lot of skeptics about global warming, which is a very complex issue overall. But all I ask of skeptics is two things: Can’t you even see that this explanation is possible? And second, what other explanation do you have? Coincidence isn’t a logical answer, since the odds of that being right are probably millions to one. And I’m not suggesting that the Apocalypse is near -- just that more extremes are coming and we need to get used to it.

There is a slide show attached that shows a lot of this graphically, including how the increasing rate of ice melt in the Arctic could be contributing to some of these records.

And as for the future? My annual Winter Forecast is coming out this month, and we’ll see what the odds are for more weather extremes.