Posted by GreenDog on Wednesday, 28 September 2022 in Transportation 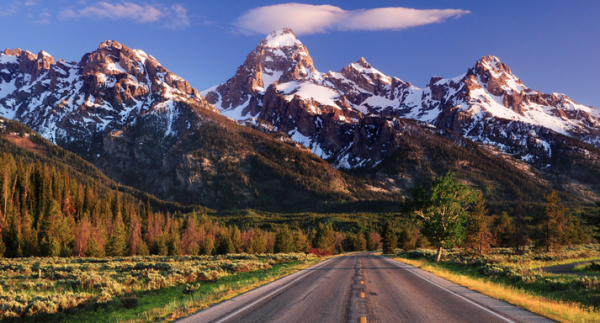 The manufacturing of the concrete and asphalt needed to build the nation’s bridges and highways is a dirty business. Companies that make those materials produce a lot of the emissions that are heating the planet.

Soon, however, some of that infrastructure could be rebuilt and repaired with greener materials, if provisions in the Inflation Reduction Act work as intended.

“These investments are a game changer for the manufacture of roads and bridges,” said Ben Beachy, the vice president of manufacturing and industrial policy at the BlueGreen Alliance, a partnership of unions and environmental organizations.

Through a combination of tax credits and direct funding, including nearly $6 billion to help reduce emissions at manufacturing plants, the Inflation Reduction Act aims to increase the supply of sustainable materials used in infrastructure projects.

The package also seeks to create demand for the cleaner products by allocating more than $5 billion to federal agencies to purchase low-carbon materials for their projects. Proponents believe these programs will push manufacturers to lower emissions so that their products become eligible for purchase.

Taken together, these and other provisions in the legislation are intended to persuade manufacturers that have been lowering their emissions to stay the course and to spur others to get on board with the lowcarbon program.

But success will depend on how the rules of the new programs are written and rolled out, experts say.

Focusing on heavy industry is crucial if the United States is to meet Biden’s goal of halving emissions from their levels in 2005 by the end of the decade.

The industrial sector is responsible for about onethird of U.S. emissions, and industrial emissions are projected to rise, with the sector becoming the largest producer of greenhouse gases within the decade, according to modeling by the Rhodium Group, a research and consulting firm.

But retooling plants to lower emissions can be expensive, and the concrete, steel and asphalt industries can be slow to change, industry experts say.

These industries have made some progress in lowering emissions. Concrete companies have worked to reduce the amount of cement in their recipes, the biggest polluter in those mixtures. Asphalt companies have been cutting back on binder, a residue from petroleum refining, and ramping up the use of recycled asphalt. And most steel manufacturers have installed furnaces that run on electricity.

But the Inflation Reduction Act — which puts $370 billion toward climate and clean energy programs — encourages them to do more.

The legislation’s $5.8 billion for an advanced manufacturing fund is intended to help speed decarbonization at industrial plants. The law singles out energyintensive industries, including steel and concrete, as potential beneficiaries.

The funding, to be distributed by the Department of Energy’s new Office of Clean Energy Demonstrations, will include grants and loans, and industry members are eyeing the pot of money.

“We’ve already got contractors calling me saying how can we get at this,” said Jay Hansen, the executive vice president of advocacy at the National Asphalt Pavement Association.

A concrete plant, for instance, might use the money to install a silo for storing pieces of recycled glass, which could be added to mixtures to reduce the amount of cement needed. A silo could cost $100,000 to $150,000, said Lionel Lemay, who leads the structures and sustainability division of the National Ready Mixed Concrete Association.

Eco Material Technologies, which markets fly ash, a byproduct of coal-burning plants, to concrete manufacturers as a replacement for some of the cement in their mixes, has on its wish list funding for a plant to produce green cement, said Grant Quasha, its CEO. Building a plant could cost between $30 million and $50 million, he added.

The Inflation Reduction Act also expands eligibility for tax credits for installing emissions-reduction equipment at plants. One program offers credits for decarbonization projects that slash emissions by at least 20%. Another is for technology that captures carbon dioxide before it enters the atmosphere. With cement, carbon emissions come not just from burning fossil fuels to provide power and heat but also from chemical processes that turn limestone into an ingredient known as clinker.

“These credits are really valuable to keep technology coming down in cost,” said Randolph Kirchain, the co-director of the Concrete Sustainability Hub, an industry-funded group at the Massachusetts Institute of Technology.

On the demand side, the law allocates about $5.5 billion across federal agencies — including $2 billion to the Federal Highway Administration — to procure low-carbon materials for transportation and other projects.

The funding is in line with a “buy clean” strategy that the Biden administration has embraced.

Some states, such as California, already have “buy clean” requirements that include limits on emissions in the manufacture of materials for public sector projects. But the Biden administration has sought to use the federal government’s vast purchasing power — the government spends more than $650 billion each year on goods and services — to push American industry down the decarbonization path.

The Council on Environmental Quality and the White House Office of Domestic Climate Policy have set up a “Buy Clean Task Force,” which will announce executive actions in early fall, followed by policy guidelines.

Already, some federal agencies have begun to set their own emissions standards. In March, the General Services Administration issued new requirements for concrete and asphalt for upcoming improvements to land ports of entry along the northern and southern borders.

The Inflation Reduction Act will help manufacturers with the paperwork required to qualify for such projects. The legislation allocates $250 million to the Environmental Protection Agency for a program to help manufacturers develop Environmental Product Declarations — third partycertified documents that summarize a material’s effects on the environment, including its emissions.

The declarations have become more common in real estate projects as developers and architects seek to reduce the carbon footprint of their buildings. The new federal program could help public sector infrastructure projects catch up.

“It’s the beginning of transforming the entire market,” said Sasha Stashwick, the director of the industrial policy, climate and clean energy program at the Natural Resources Defense Council.