Posted by bchristo on Thursday, 02 February 2012 in Fossil Fuels 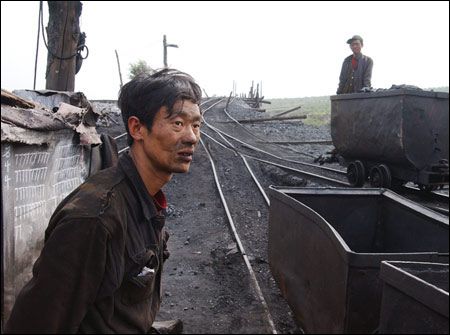 If you want to understand China’s reform-era growing pains you can do a lot worse than dig into the coal industry. Coal powers China’s industry, pollutes its environment, and is the site of conflict for the state and private entrepreneurs – each eager to monopolize control of a precious resource.

Tim Wright of the University of Sheffield has made the Chinese coal industry the focus for research stretching over the last few decades. Much of that research appears in his new book “The Political Economy of the Chinese Coal Industry: Black Gold and Blood Stained Coal.”

China Real Time recent caught up with Mr. Wright to discuss the challenges facing China’s coal industry — from safety to corruption to power shortages — and how long the country can count on its stores of coal to fuel its fast-burning economy. Edited excerpts:

Why is coal mining so important in China?

Coal provides around 70% of China’s energy supplies. So it has been central to China’s rapid – and energy intensive – economic growth. Coal is also one of the major causes of pollution and environmental degradation in China, as well as a large contributor to the country’s increasing carbon emissions. Finally, the industry provides employment for well over five million workers.

Coal mining is an area where there’s been a struggle between the state and the private sector?

Since the middle of the last decade, many commentators inside and outside China have seen a trend towards “the advance of the state and the retreat of the people” (or the private sector). The attempts by central and provincial governments to control myriad small mines, especially in Shanxi, has been a major example of this and, from late 2008, the Shanxi government began a policy where the large mines owned by the province took over the small private mines. This was strongly resisted by the mine owners, many of whom were inter-provincial investors particularly from Wenzhou in Zhejiang.

The attempt to control the private sector is also about controlling the social and environmental costs of mining?

Yes, it is not simply a struggle for control. There are real safety and environmental issues involved. Small private mines certainly tend to be less safe than the large mines, and also lack the resources to tackle environmental pollution – for example by washing the coal. These factors form at least the pretext for the government’s policy.

Corruption seems to be a big part of the story?

Two factors – the high profits to be made from coal, and local governments’ control over most of the licenses necessary to mine it – make corruption both inevitable and widespread. The phenomenon is known as “official-coalmine collusion” and is often exposed in the aftermath of disasters in mines operating illegally under the protection of local governments or individual officials.