Posted by Wolf on Tuesday, 18 September 2012 in Wildlife Conservation

How to Save the Rhino 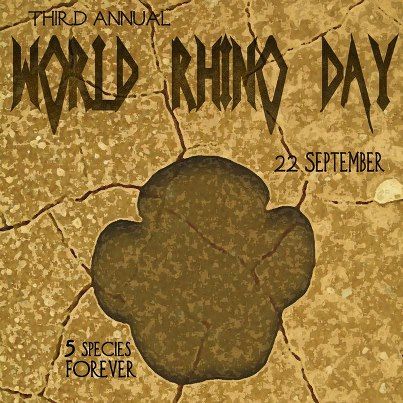 The holocaust of the African rhinoceros is accelerating, with the very real possibility that both the continent's species -- white and black rhinos -- could be extinct outside zoos in a matter of years. At the beginning of the 20th century, there were several hundred thousand rhinos in East and southern Africa. European settlers described the bush immediately outside Nairobi as stiff with black rhino.

Today, there are perhaps 5,000 black rhinos and 20,000 white rhinos left on the continent, but even these numbers must be considered optimistic; the killing has reached such a frenzied pitch that the only thing that's certain is that the populations are in free-fall.

The root causes for the slaughter remain the same -- demand for rhino horn in traditional Asian medicine, and to a lesser degree, the use of the horns for handles on heirloom-quality Yemeni daggers. But one big thing has changed: Asia has money now. Formerly impoverished factory workers and farmers are, by the metrics of the past, rich. Many can afford to buy rhino horn, even at the currently stratospheric price of $66,000 a kilo. Supposedly, interest in the horn is slackening in China and picking up in Vietnam; but by any measure, the demand continues to climb.

What to do? Right now, hand-wringing seems the fashion. Animal rights and conservation groups have sounded the tocsin as usual, pleading for still more money to "save the rhino." But you can't find enough donor money to counter the cartel-scale financing that's driving the slaughter. Poachers suborn game scouts and rangers, who provide specific details on the location of the animals; kills are made from helicopters with muffled blades. In the face of such industrial poaching, a few more rehabilitation centers for orphaned rhino calves, a few more scouts patrolling the reserves, aren't going to make a whit of difference. Nor will the tears of the myriad celebrities and animal lovers who dote on large, charismatic mammals, rhinos included.

Some people who actually work with rhinos on a daily basis, though, have a pretty good idea: sell horn from farmed rhinos through a legal and regulated market. Horns can be detached from tranquilized rhinos quickly, safely, and painlessly. This does two things: removes the poachers' incentives for killing rhinos, and provides an extremely valuable product which can be sold to aid rhino conservation (Right now, of course, the sale of rhino horn is barred by the Convention on International Trade in Endangered Species; a variance in the CITES proscription will be necessary to allow legal trade.)

Rhinos are easily raised and bred in captivity, and their populations can be expanded relatively rapidly for introduction into the wild. Today, such endeavors are fruitless -- the rhinos are killed almost as fast as they're released. The dynamic must change at a very basic level, and this will require some deep and painful soul-searching on the part of conservationists. John Hume, the owner of the Mauricedale Game Ranch in South Africa, is the largest private rhino breeder in the country, and few if any people have a better grasp on this issue. He and his staffers observe there is a compelling precedent for changing the rules for rhinos: vicuña.

These wild relatives of the llama were hunted almost to extinction for their ultra-fine wool, which was -- and remains -- much in demand for luxury garments. From an estimated pre-European contact population of two million animals, vicuña had fallen to about 6,000 when they were first accorded some protection in the mid-1960s. They were listed under CITES in 1975, and all trade in vicuña products halted. Poaching, however, remained rampant, and the future looked bleak -- well, non-existent -- for this wild South American camelid.

In 1979, however, a conservation agreement was signed by Peru, Bolivia, Chile, and Ecuador, and work began on several fronts -- including the private sector. Most dramatically, Grupo Inca, a Peruvian textile manufacturer, began the "Shear a Vicuña, Save a Vicuña" campaign -- the idea being, of course, that you can remove a vicuña's wool without killing the animal. Several couture houses jumped on the bandwagon, including Loro Piana, which actively solicited local communities for sheared vicuña wool.

Today, more than 30 years later, vicuñas number close to 350,000. CITES has lifted its ban on vicuña products from Chile and Peru. Haut couturiers have plenty of vicuña wool for their creations. And local farmers and pastoralists, who once poached the animals relentlessly, now utilize them for a sustainable income. Animals are captured, sheared, and returned to the wild

It may seem vicuña and rhinos are apples and oranges, but their situations are analogous. Both species yield products much in demand. In both cases, these products can be obtained without killing the animals. And the people who share the land with both species are the key players in the animals' survival. Rhinos are not being wiped out in Africa because African pastoralists and petty officials are inordinately cruel. Rhinos are being killed because rural Africans are poor. Participation in a single rhino hunt can mean the difference between starvation and a modest degree of prosperity. The needs of rural communities must be taken into account if the rhino is to survive. That doesn't mean hand-outs -- it means incentives that make living rhinos valuable to local farmers, herders, and bureaucrats.

Similarly, private rhino breeders have the expertise and means to expand rhino numbers. They will do just that if they have the appropriate stimulus, i.e., profit. Private enterprise doesn't always create a virtuous circle, but in this case it can: the rhino, rural communities, conservation NGOs and rhino breeders would all benefit. When there is plenty of rhino horn on the market, prices will fall, the incentives to kill rhinos will diminish, and the number of rhinos in the wild will increase.

Resistance to this idea will be reflexive. And yes, there is something repugnant about commodifying the African rhino. But we can't afford normative thinking -- yearning for what "should" be because it's "right." Things are what they are - and for the rhino, the situation is at DefCon One. Everything that has been tried to this point has failed miserably. We need a new plan.