Posted by EarthDude on Tuesday, 09 August 2011 in Climate Change

US Economy and Rising Seas

As many of this column’s readers know, I am from the U.S. and have lived in Europe and most recently Canada for the 10 years since getting my Ph.D. at the University of Colorado.  While I am no economist (my Ph.D. is in business), I believe that the recent U.S. debt crisis and the complete and utter failure of our politicians from the President on down to find common ground is just the tip of a melting iceberg for the U.S. economy.

The U.S. is in debt which is going to continue to climb faster than the rising sea levels.  Recent antics in the White House and Congress have exacerbated the problem, leaving the world’s markets questioning the ability for the U.S. to actually reach agreement on anything, let alone lead the world out of this recession.  If the recent downgrading of U.S. credit worthiness leads to a 1% increase in the cost of borrowing, it would grow the U.S. debt $1.3 trillion over 10 years. 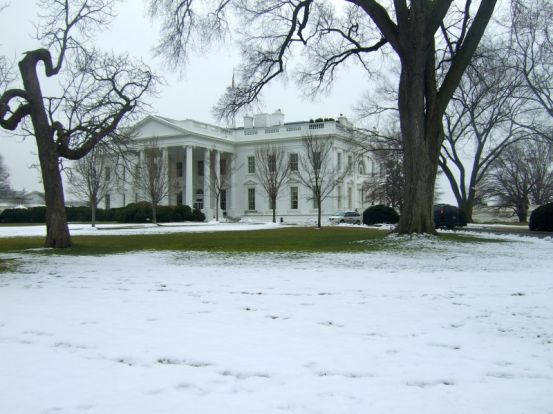 However I am even more concerned about the long-term prospects for the U.S. economy. The U.S. is way behind Europe, Brazil and China in making strategic investments in a low-carbon, clean economy. And worse still, the U.S. was built on the assumption of infinite and low-cost fossil fuels.

It is virtually impossible to argue against the role of green and low-carbon sectors in contributing to economic and job growth in the future. That is of course a core argument in my book with Hunter Lovins called Climate Capitalism wherein we illustrate how cities, countries and companies can profit from the transition to the low carbon economy across many key sectors of the economy such as energy, buildings, transportation and agriculture.

Besides losing the clean-tech arms race, there is an even more fundamental element of the U.S. economy that needs to be considered.  Since World War II, the U.S. economy has been based on the assumption that cheap and virtually limitless fossil fuels would continue forever.  As former President George Bush famously pointed out, America is addicted to oil.   While it can be said that the U.S. highway system in the post war era marked the beginning of an unsustainable phase of development in the U.S., I feel that the real problems began shortly thereafter with the widespread adoption of the suburban lifestyle.  As James Howard Kunstler quipped in the End of Suburbia, “We’re literally stuck up a cul-de-sac in a cement SUV without a fill-up.”

The suburban utopian dream has been a key driver of the current recession. Furthermore, we will see much more economic carnage, not just at the federal level but in our suburbs too. Every time a new suburban subdivision is approved, the municipality (not the homeowners or the developers) is on the hook to develop new infrastructure such as roads, water and sewage.  Then, the municipality must continually maintain that infrastructure in increasingly distant suburbs.  Researchers have suggested that by 2025 the U.S. may have a surplus of more than 20 million large-lot homes as people move back to the cities.  Of course many people have already begun abandoning their large lot homes as they were either forced to through foreclosure or because they could no longer justify owing so much.

By comparison, European cities were built to support density and smart growth.  Most have high quality public transit systems and rail networks connect one city to the next.  While the Obama administration has paid lip service to high-speed rail, in the current economic and political climate I wouldn’t count on anything important happening in this arena during his presidency.  In a recent analysis I commented on how cities around the world are reducing emissions and preparing to adapt to a changing climate, 5 of the top 10 cities in the world were European.  Only two were in the U.S. and they were 7th and 8th respectively.

So Europe is more prepared for a low-carbon future where endless and cheap fossil fuels are a thing of the past?  Of course, the EU has taken the most progressive action to address climate change via its commitment to Kyoto.  While there are uncertainties looming in Europe due to its own financial crisis, the EU still has a 20% GHG reduction target to reach by 2020.  I am hopeful negotiations will get back on track and some form of a carbon market will remain post 2012.  Regardless, the EU economy has already moved forward incentivized by the carbon market and financial gains from the low-carbon economy.  The U.S. is stuck in a rut and it is difficult to imagine with the polarized congress that any meaningful action on climate change will happen in the next several years.

What many Americans and lawmakers seem to be missing is that our lack of action on climate change and sustainable development is partially to blame for our current economic predicament.  Recently I published a post about how the failure to have a price on carbon led to a loss of jobs and revenues associated with American Airline’s purchase of more fuel efficient aircraft.  Airbus, operating in the EU, has been gearing up to provide more fuel efficient aircraft to support EU airlines in their need to reduce emissions.  This gave them a competitive advantage in securing a deal from American Airlines who itself is in financial difficulties, in part because of its inefficient, aging fleet.

We in North America need to take some lessons from the EU regarding how we build cities and how we ween ourselves from fossil fuels if we want to remain competitive and grow our economies.  If not, we are going to have a lot of abandoned McMansions and several more standoffs about raising the debt ceiling.

Boyd Cohen is the CEO of CO2 IMPACT, a carbon origination company based in Vancouver, Canada and Bogota, Colombia. Boyd is also the co-author of Climate Capitalism: Capitalism in the Age of Climate Change.