Posted by bchristo on Tuesday, 11 October 2011 in Climate Change 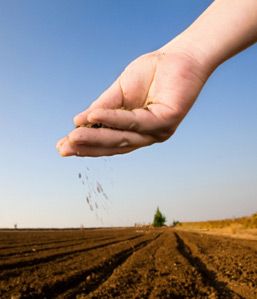 An alliance of data fanatics, geek farmers and high-priests of advanced computing are attempting to crack the code on the business of bad weather.

Originally established by a group of Google veterans as WeatherBill, the effort is now known the Climate Corporation and is growing by leaps and bounds. The San Francisco, CA-based company peddles a portfolio of what it calls “automated weather insurance products” for players in the $3 trillion global agriculture industry trying to reign in the risk of bad weather, which is responsible for more than 90% of crop losses annually.

The pay-out is automatic and based solely on measured weather conditions. Ergo: no claims or claims process.  But the big ticket item for sale is so-called “Total Weather Insurance,” which was described like so in a recent press release:

The company’s technology platform ingests weather measurements from 2.5 million locations and forecasts from major climate models on a daily basis, and processes that data along with 150 billion soil observations to generate 10 trillion weather simulation data points used in the company’s weather insurance pricing and risk analysis systems. The Climate Corporation manages over 50 terabytes of live data in its systems at any given time.

For 2011, the company is projecting an 1,000% increase in policies sold, premiums purchased and acres of farmland protected. As a sign of its ascendance, Byron Dorgan, the former U.S. Senator from North Dakota, joined the company’s board of directors today.

“When I was first introduced to The Climate Corporation, I realized they were destined to be successful in helping today’s farmers deal with increasingly volatile weather,” said Dorgan in a press release. “I saw their ability to marry available government data with Silicon Valley innovation and technology to help U.S. farmers mitigate the financial effects of weather damage to their crops and knew that I wanted to be involved.”

It is only a matter of time before competitors wise up to the business opportunity emerging in the so-called “climate services” sector.