Posted by EarthDude on Tuesday, 26 July 2011 in Climate Change

Heat Waves Around the US

Americans withered under yet another day of searing sun Friday as a heat wave spread in earnest into the urban core of the Northeast, while excessive heat warnings stretched from Kansas to Maine and the Carolinas.

Temperatures were forecast near or into the triple digits Friday and into the weekend. 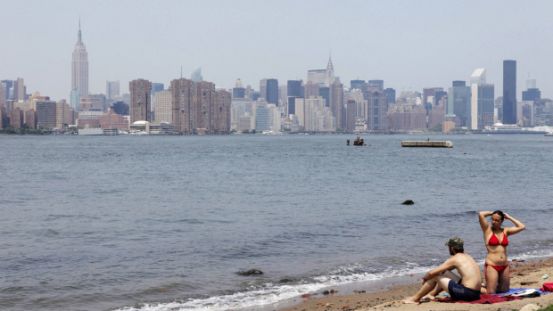 It's enough to test the patience of a saint. 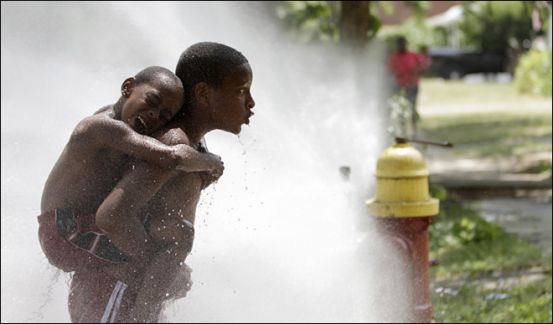 Taking her morning walk with temperatures already soaring near 90, Sister Elizabeth Ann Hughes of St. Thomas Aquinas Roman Catholic Church in Philadelphia offered her simple strategy - go out only when it's relatively cool and stay in the air conditioning when it's not.

In New York, people looking to beat the heat were thwarted by warnings urging them to avoid city waterways after a wastewater treatment plant disabled by fire began spewing millions of gallons of raw sewage into the Hudson River. 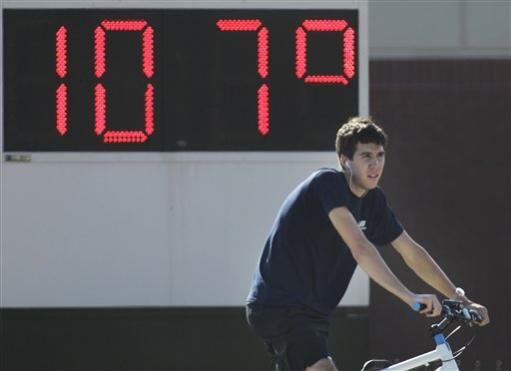 Officials cautioned against swimming and bathing at four beaches in the city boroughs of Staten Island and Brooklyn, especially for people with medical conditions.

Beesham Nanan, 53, was drinking coffee in an air-conditioned fast-food restaurant before starting his shift as a limo driver. He often has to drive clients to their destinations and then wait in the car. He tries to park somewhere where he can turn the car's air conditioning on, but it's risky. "You're not supposed to have the engine on in the city," Nanan said. "It's a big fine."

Across the country, emergency room visits were way up, according to public health officials, mainly because of people suffering from heat exhaustion and heat stroke. 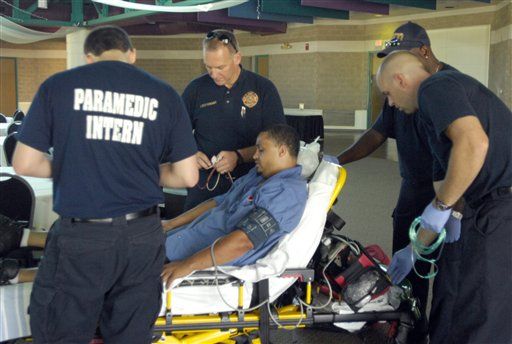 The weather is suspected of contributing to a number of deaths nationwide. At least six more fatalities were reported Thursday, including a Michigan restaurant cook who suffered a heart attack after being sent home from his job and a teenage boy who drowned while swimming at summer camp in the same state.

In Chicago Thursday night, hundreds of children and more than a few adults cavorted in a shallow pool of the Crown Fountain in Chicago's Millennium Park. Temperatures hovered around 90 degrees in the park, about half mile from the shores of Lake Michigan.

Christopher and Renee Mickles said they came out in the evening to give their 3-year-old a little exercise after being cooped up in their air conditioned house.

A Pittsburgh man slipped as he worked on the roof of his cousin's home on Thursday and found himself stuck for nearly two hours because of the hot tar he'd been using.

Lamont Robinson said the slick tar kept him from climbing to safety after he slipped. He said he was "baking like a turkey" before his rescue. Temperatures were in the low-90s.

In Connecticut, a dozen Girl Scouts were treated for heat-related problems at a scout camp.

None of the girls required hospitalization, but New Fairfield First Selectman John Hodge says they spent Thursday night in the camp's cafeteria after workers brought in industrial fans to help cool them off.

Philadelphia's public schools canceled summer classes Thursday and Friday, while Allentown to the north waived fees at its public pools.

While the current heat wave has recorded 12 all-time daily highs so far this month, it also has registered 98 all-time overnight highs, the National Oceanic and Atmospheric Administration reported at a briefing Thursday. 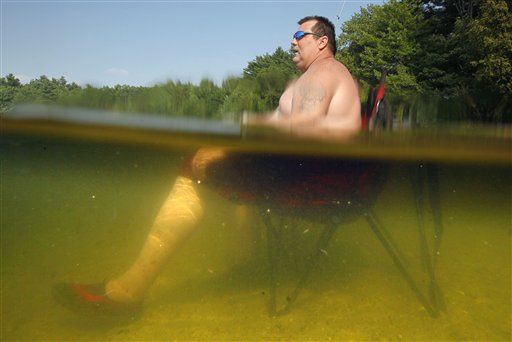