Posted by lillianbarbeito on Tuesday, 11 September 2012 in Food

Eco living: how to save food and reduce waste 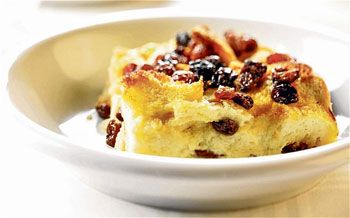 Remember bubble and squeak? That crispy, almost sweet concoction of fried mash and cabbage or brussels sprouts? Or bread pudding? These and other leftovers dishes are making a comeback from their Seventies heyday as emptier pockets are forcing us to change our domestic habits.

One side effect of this long and deep recession has been a sharp reduction in the amount of food households throw away. According to government figures, in the three years since 2009, household food waste has declined by 13 per cent – more than a million fewer tons of food is being chucked. But we still throw away more than seven million tons of often – with a little imagination – perfectly edible food.

"Overall, 15 per cent of edible food and drink purchased is wasted at a cost of £480 a year for an average household," says Helen Karapandzic, of community group Cambridge Carbon Footprint, which is investigating ways we can reduce consumption and waste.

"For anyone counting the pennies, it's really important not to let anything go to waste," says Helen. "Soups are a quick and easy way to use up leftover vegetables, as is bubble and squeak, which was one of my childhood favourites. For a fancy twist on things, make bubble-and-squeak patties and serve with chutney. We also like frittatas, prepared with local eggs and whatever we have lying around: onions, peppers, mushrooms, courgettes, bacon, Stilton – pretty much anything savoury will do."

Another expert food-saver is Fiona Nevile, who lives as much as she can off the produce of her small cottage garden, but is not averse to bulk buying reduced food at grocers' closing times or from supermarket "past sell-by-date" shelves and giving it a new lease on life at home.