Posted by davebishop on Tuesday, 08 February 2011 in Air Quality

The following editorial appeared in the Los Angeles Times on Sunday, Feb. 6: Conservatives have been attacking the Clean Air Act since its passage in 1970, continually claiming that federal efforts to fight air pollution would wreak economic ruin. As congressional Republicans prepare to fire their latest broadside at the law, it's worth remembering how inaccurate these predictions have proved. 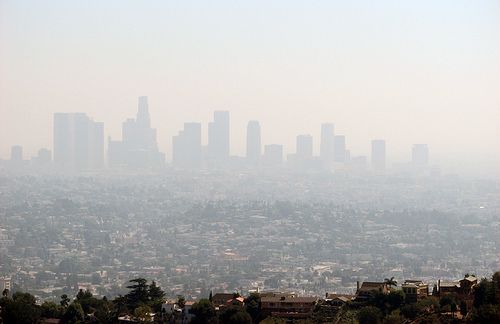 Since the GOP takeover of the House in November, party leaders have been vowing to produce bills that would strip the Environmental Protection Agency of the authority to regulate greenhouse gases. On Wednesday, Sen. James M. Inhofe, R-Okla., unveiled a draft version of the bill likely to be the centerpiece of this effort. It renders null and void the EPA's scientific findings that greenhouse gases pose a threat to human health, prohibits the agency from taking any action to curb the climate problem and even strips California of a Clean Air Act waiver that allows it to pass tougher rules on automotive emissions than the federal government, a waiver that has dramatically improved air quality in the Golden State and spurred nationwide action on cleaner cars.

In 2007, the Supreme Court ruled that greenhouse gases are pollutants under the Clean Air Act. The EPA, which is charged with enforcing the law, was then obliged to determine whether carbon dioxide and other heat-trapping gases are a threat to public health. From a scientific standpoint, that question isn't controversial. After considering mountains of peer-reviewed research compiled by such organizations as the National Academy of Sciences, the National Oceanic and Atmospheric Administration and the U.S. Global Change Research Program, the EPA issued its endangerment finding in 2009. By trying to overturn this finding, Inhofe and his backers are saying that the damage to future generations is irrelevant, and that politicians know more about climate science and health threats than climatologists and epidemiologists.

But then, that's nothing new. EPA efforts under the Clean Air Act to mandate catalytic converters in cars, regulate smokestack emissions that produce acid rain or to phase out ozone-depleting chemicals have been met by predictions of economic catastrophe by conservatives and industry for 40 years. Instead, such actions have saved tens of thousands of lives, stopped the environmental devastation caused by acid rain and countered the ozone threat even as the nation's gross domestic product has grown to 14 times what it was in 1970.

We're not too worried about the Inhofe bill being approved. Although some Democrats from coal states might sign on, it's unlikely the bill will attract the 60 votes needed to overcome a Senate filibuster, and even if it passes, President Obama is expected to veto it. But its very existence points up the irresponsibility of the GOP's environmental policies.