Posted by joeycello on Thursday, 27 January 2011 in Human Health

What Happened To "We the People"?

President Obama gave his State of the Union last night and set out a clear vision for our country. I agree that we need to win the future – and we can begin by investing locally in clean energy technology, reinvigorating our manufacturing sector, and leading the world to a sustainable 21st century economy. We need to invest in our young people and expand educational opportunities across the country. Unfortunately, the President was not completely honest with the American people on the true state of our union. Families are in crisis – people are losing their homes and cannot find work. Their health is being threatened every day by our addiction to dirty and dangerous fossil fuels. Halliburton (among others) continue to undermine water supplies for millions of Americans through hydraulic fracturing – a dangerous method of extracting natural gas. We continue to spend $6 billion per month on the War in Afghanistan. And our country spends 59% of its budget on the military – while states and cities are being forced to cut education funding, enlarge class sizes, eliminate mental health programs, and squeeze budgets across the board. 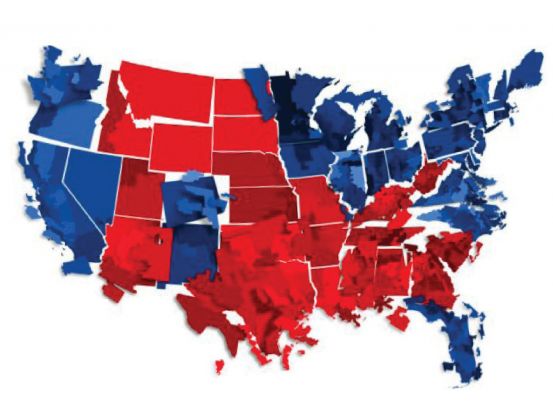 The President did not acknowledge that hundreds of millions of dollars poured into campaign coffers from undisclosed sources and large corporations. He did not highlight that the Supreme Court in its’ Citizens United ruling – gave corporations the rights of people under our constitution – allowing unrestricted corporate spending in our elections.

Most Americans know that Washington is broken and is no longer working in the best interests of We the People. But, members of the Corporate Elite – spearheaded by the Koch Brothers (tied for the 9th richest people in America – read about them in the New Yorker) – are plotting how to continue undermining our democratic system for private profit. The Kochs are convening a meeting this weekend of billionaires to plot their dominance of the 2012 elections. Previous attendees to these meetings include: Fred Malek, one of Karl Rove’s top fundraisers; Glenn Beck, Fox News host and radio personality; David Chavern, Executive Vice President at the US Chamber of Commerce; Tim Phillips, President of Americans for Prosperity (a Koch-funded group), among many others.

Supreme Court Justices Clarence Thomas and Antonin Scalia – two of the five Justices who sided with “We the Corporations” in the Citizens United ruling – have also been in attendance at previous Koch meetings. Common Cause (www.commoncause.org) sent a letter to the Department of Justice asking for an investigation into a possible conflict of interest due to their attendance at these activist events – an investigation that could undermine or even vacate the 5-4 Citizens United ruling. (See their letter here)

We need a Power Shift – and that begins by taking corporations out of our democracy – and giving our government back to We the People. That’s why a broad coalition of ordinary citizens, non-profits, and working Americans will be converging on Sunday at the Rancho Las Palmas Resort to expose the corporate elites secretive meeting.

One of the biggest criticisms of this event is that we are only attacking the right wing. What about George Soros and other billionaires funding the left? My reply is this: If I thought we could continue to operate in the left-right framing of our political spectrum that our country currently operates, I would understand this argument. But, this is not a partisan issue. It is a fundamental breakdown in our democratic system. The vision of the founding fathers of a functioning democratic republic, where public debate thrives, is being destroyed by the corruption and greed of our economic system. If corporations and the monied elite are the only arbiters of our political debate, our democracy is broken.

We need to put the power of our politics back in the hands of the people – ordinary Americans on the left and the right of the spectrum – so that we can have a real dialogue and public debate about where we need to go as a country.

We must unite the grassroots on the right and the left. The people that make up the Tea Party recognize the same truths as the people that make up the Progressive movement. Our government is not working in the best interests of We the People. We need real solutions to our economic depression, our addiction to fossil fuels, the housing crisis, the rising cost of health care, and our national deficit.

Money in our democracy is destroying the vision of America set out by our founding fathers over 200 years ago. We need a people’s movement to get money out of our politics and ensure that corporations are not treated as living and breathing human beings under our Bill of Rights. But we need your help – we need ordinary people to non-violently fight back against corporate elites attempting to purchase our democratic elections. I hope you join us in Palm Springs to ignite a Power Shift – as we take a first step to replace We the Corporations with We the People.