Posted by plantitfilm on Friday, 09 September 2011 in Fishing 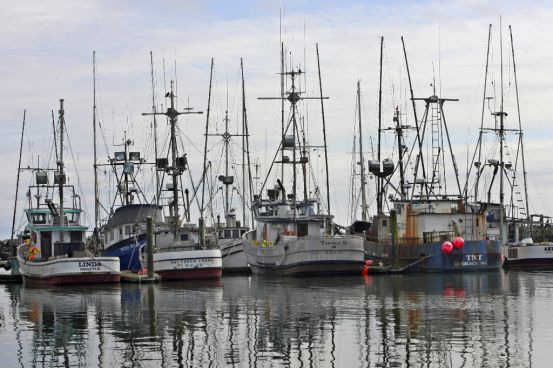 Fishing restrictions near the coast lines have been in place for many years, of which many local fishermen are well aware. These restrictions are understood to be vital in maintaining a stable population of wild fish for harvesting.

In recent years, due to these restrictions, many industrial fishing vessels have ventured deeper into the open ocean which are unregulated. Their massive nets literally destroy benthic ecosystems and annihilate fish populations. According to the UN, the harvesting of deep sea fish has increased sevenfold between 1960 and 2004. In an article published in the journal, Marine Policy, scientists in the field of marine conservation have called for an outright ban on industrial deep sea fishing.

Unlike the coastlines which teem with sea life, the open ocean is akin to an open desert with only patches of wildlife. Modern technology has made it possible to locate and catch fish in this area. In this way, industrial fishing has become more like mining. According to Elliot Norse, president of the Marine Conservation Institute and the paper's lead author, "We're now fishing in the worst places to fish. These things don't come back." Industrial fishing companies have turned to deep sea fishing "out of desperation" without realizing their impact on fish stocks.
Creatures which live in the deep sea can live for many years and take many years to mature and produce offspring. Deep sea corals can live as long as 4,000 years, but are being destroyed in an instant. Some fish species live more than a century. The Orange roughly, a fish in the South Pacific, takes 30 years to reach sexual maturity and can live up to 149 years.
The average mean depth of fishing has more than tripled since the 1950s as companies go deeper to "mine" their fish. It has gone from 492 feet to 1,706 feet in 2004 according to one of the paper’s authors, Telmo Morato, marine biologist at the University of the Azores in Portugal. High-seas trawlers also receive about $162 million per year in government subsidies according to another author, Rashid Sumaila of the University of British Columbia Fisheries Centre. This amounts to a quarter of the value of the fleet's catch, and is essentially keeping them in business.

The issue of deep sea fishing has political implications, so a comprehensive ban is not such an easy task. For example, the EU commissioner for maritime affairs and fisheries, Maria Damanaki, has said she would like to cut the subsidies for the trawlers. However, individual European nations such as France, Denmark, Portugal, and Spain are likely to resist. These nations have long maritime traditions and the fishing industry is a powerful force in their economies.

According to author, Daniel Pauly of the University of British Columbia, the costs of deep sea fishing far outweigh the benefits. "It's a waste of resources, it's a waste of biodiversity, it's a waste of everything. In the end, there is nothing left."
Link to Marine Conservation Institute: http://www.marine-conservation.org/